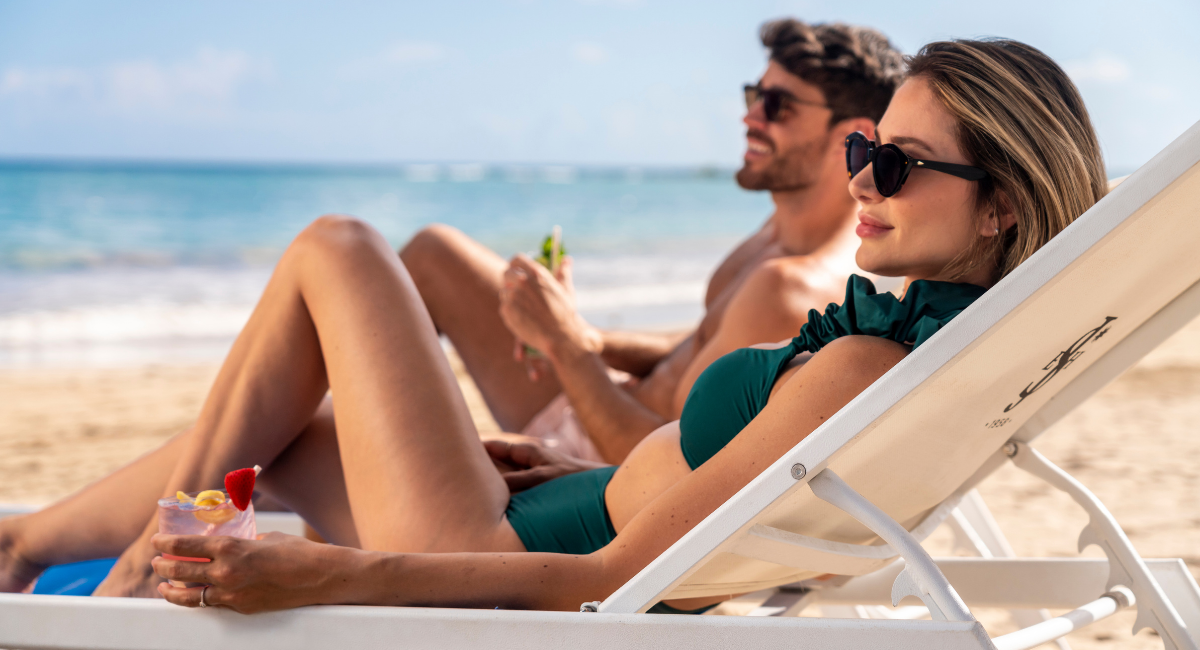 Drinks From Puerto Rico To Enjoy in the Tropical Paradise

On a balmy summer evening during a recent trip to Puerto Rico, the Travel Curator team had the tough task of taste-testing and learning the history of Puerto Rico’s signature cocktails.  Behind the blender was mixologist Martin Rosario who at Fairmont El San Juan Hotel’s poolside and worldly Banyan Tree Grill who regaled us with tales of Puerto Rican cocktail culture and the stories behind each of his unique creations.

Martin’s first order of business was to set the record straight about Puerto Rico’s famed rum. When quizzed about the iconic Bacardi rums, Martin insisted Puerto Ricans prefer Don Q. The two brands enjoy playful competition among the world’s rum drinkers but Martin reminded us that Don Q, named for Miguel de Cervantes’s Don Quixote, was founded in Puerto Rico in 1865 ​​by the Serrallés family and has been beloved by the islanders for over 150 years. Bacardi also has its origins in Puerto Rico. The Bacardi family came to Puerto Rico from Cuba in the 1930s when Fidel Castro took over and rebranded it as a Puerto Rican rum rather than a Cuban rum to avoid the United States embargo against Cuba in the 1960s.

It must be said that no trip to Puerto Rico is complete without tasting both rums. As Martin explains, Don Q gets its unique flavor because each batch is aged in two different whiskey barrels in order to enhance the flavor without overpowering the sweetness of the sugarcane-based spirit. Bacardi meanwhile uses molasses extracted from local sugarcane and the brand’s patented yeast to create their light rums. The rum’s grade is determined by the type and quality of the sugar cane used. There’s no better way to taste it than in a Cuba Libre, a cocktail made with Puerto Rican rum, Coca-Cola, and lime. A diverse portfolio of rums can also be enjoyed in all restaurants and bars at Fairmont El San Juan Hotel, including The Lobby.

Fairmont El San Juan Hotel has a long and glamorous history.  In the 1960s it was the vacation spot du jour for the Hollywood set including ​​Frank Sinatra, Liza Minnelli, Sammy Davis Jr., Nat King Cole, and Dean Martin, who all performed at the iconic Chico Cabaret to a chic tuxedo and bejeweled cocktail dress crowd. A few years before the opening of the iconic hotel, Puerto Rico’s most famous cocktail was invented on the same San Juan shores – the famed Piña Colada. Today this delicious tropical cocktail, made with rum, cream of coconut or coconut milk, and pineapple juice remains a poolside and beachside favorite all over the globe.

Bilí is a sweet, light fermented rum and lime cocktail popular in Vieques, a small island eight miles off the coast of Puerto Rico. Its main ingredient is quenepa, a type of lime that is best described as a blend of lime and lychee (beyond enhancing the flavor of cocktails, quenepa is commonly peeled and eaten as a snack). The Bilí plays on the combination of sweet and sour combination, the base is 20-30 macerated quenepa mixed with white rum. From there the recipe varies but brown sugar, vanilla, and cinnamon sticks are the mainstays. Once all the ingredients are mixed the bottle stays in a cool dark area for around a month to ferment, then it’s taken as a shot to get the party started.

Banyan Tree Grill, just steps from the beach, and open year-round is the perfect spot to enjoy Puerto Rico’s best cocktails while enjoying views of its white sandy beaches and azure waters. Their curated cocktail menu is based on the seven chakras and all are infused with natural ingredients without added sugars or preservatives. Among our favorites on the cocktail menu was Ananas Sacral, inspired by the Sacral Chakra, located in the lower abdomen, which represents creativity, passion, and intimacy. Made with local Tresclavos Puerto Rican pineapple rum, Luxardo Maraschino brandied cherries, fresh lime juice, coconut orgeat bitters, black sesame, and spices.

This traditional Puerto Rican spirit is affectionately called Puerto Rican Moonshine because it is most often produced by small at-home distillers. While legal varieties have begun to surface, your best chance of tasting this spirit is by hanging out with locals. The drink is strong, often reaching 100 proof, and can be flavored using anything from fresh fruit to coffee and hazelnut. Martin told us that during every Puerto Rican Christmas celebration a mysterious unmarked bottle just “shows up”.  Without Pitorrro, it doesn’t feel like Christmas.

Affectionately known as Puerto Rican Eggnog, Coquito or “little coconut” is a holiday classic that is enjoyed from November through January. Puerto Rico is an island that celebrates the Holiday season from December through January with several celebrations and festivals throughout. The third week of January marks the Saint Sebastian festival and signals the end of the holidays. During the festival, Old San Juan is completely taken over by live music, circus performances, masked entertainers, and impromptu dancing on every street corner. Enjoy the festival with a locally made Coquito in hand from a street vendor to experience the lively Puerto Rican holiday spirit.

Fairmont El San Juan Hotel is home to Caña by Juliana Gonzalez, an upscale restaurant serving modern takes on traditional Puerto Rican dishes. “At Caña, we took the Puerto Rican family Sunday dinner and elevated it for our guests,” Martin explained. In addition to the delicious cuisine, Albahaca is a signature cocktail on the menu not to be missed. Made with Don Q white rum, waterfront steeped tea, pineapple, lemon, and fresh basil, it’s a unique twist on a classic island favorite.

One drink you won’t have to work very hard to find in Puerto Rico is Coco Frio (cold coconut water straight from the coconut). Available behind the bar at El San Juan Beach Club and sold by vendors on the streets and beaches coconut water provides an excellent hydration boost for hot days spent under the Puerto Rican sun. Drink the water and then ask them to hack it open so you can enjoy the sweet meat inside. It’s worth noting that almost all Coco Frio vendors also have vodka, whiskey, and local rum on hand to spice things up a little. Less hydration but more vacation fun.

For a classic Puerto Rican beer, Medalla, made on the island’s western coast in the city of Mayagüez is a light, refreshing pale lager. Translated to “medal” in Spanish, this local favorite continually scoops up awards around the world. Most recently winning the Medal of Quality at the Australian International Beer Awards, the second-largest competition in the world. And those Aussies know a thing or two about beer.  In recent years, a new breed of craft beers has emerged in Puerto Rico with contenders like Magna Special Craft giving Medalla a little competition. This full-bodied premium beer has sweet notes and a slightly bitter after taste, so it’s flavorsome yet light enough to enjoy on a hot sunny day while immersing yourself in Puerto Rico’s picturesque natural beauty and vibrant culture. 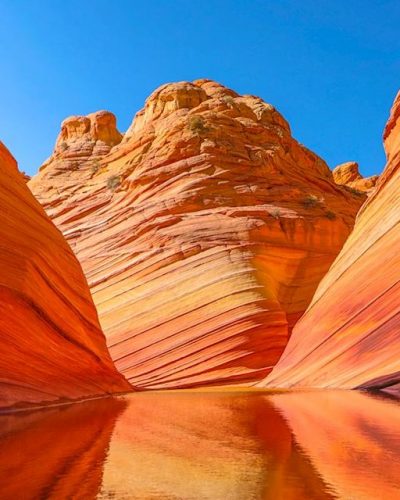 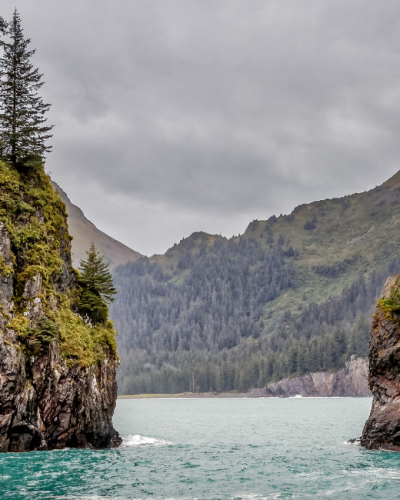 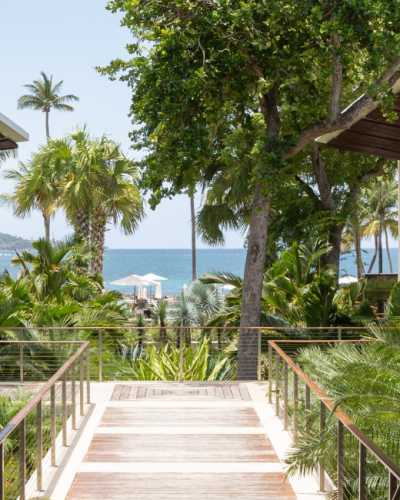 After spending a week in Puerto Rico in partnershi

The west coast is known for its beautiful scenery

Romance is in the air this summer and what's bette

Welcoming up to 55,000 visitors and worshippers a

On the hunt for a pre-summer adventure, Travel Cur

Travel is back and Ibiza is high on our travel lis