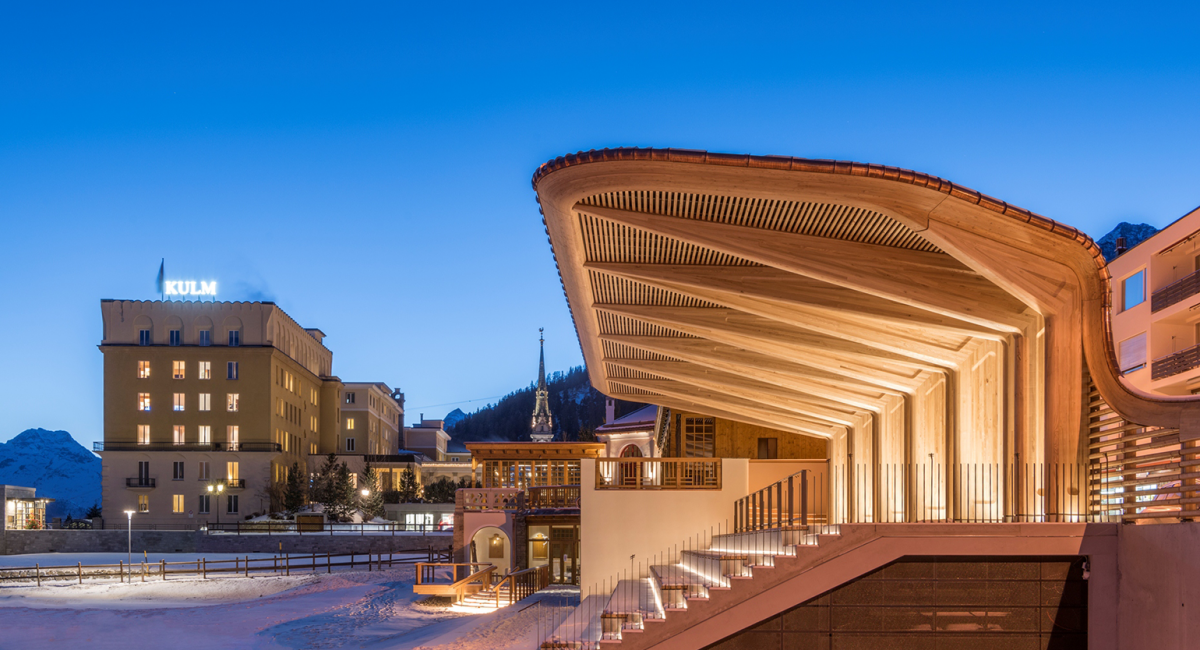 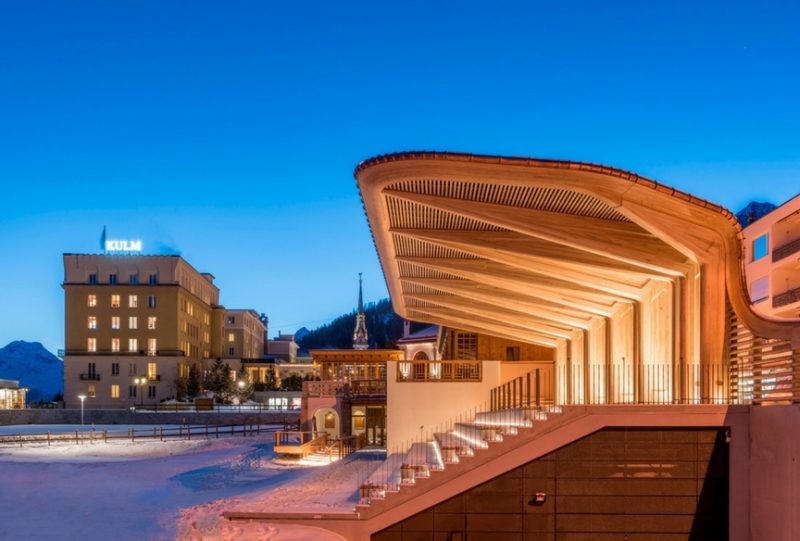 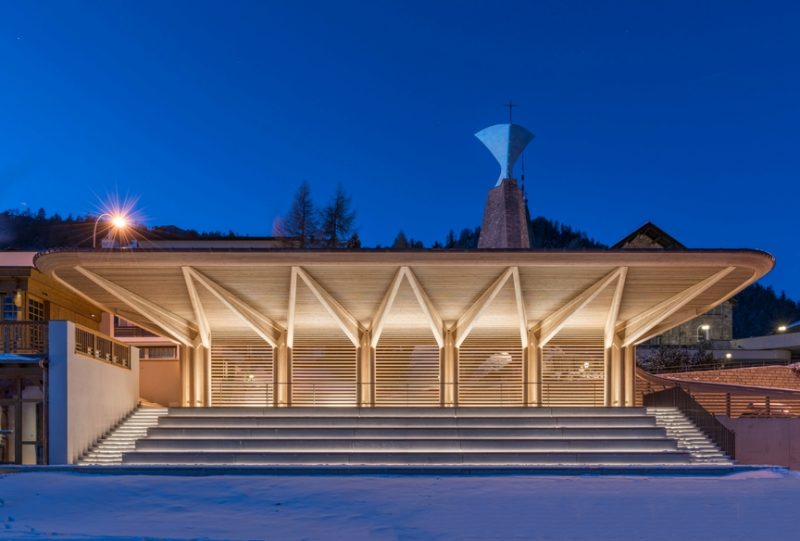 It all started in 1864 in St. Moritz when an enterprising hotelier dared a few British snowbirds to return during Switzerland’s winter months, if they didn’t enjoy their stay, he said, their rooms would be comped. The old tale goes that not only did they enjoy it, but they stayed on until Easter. Johannes Badrutt of St. Moritz’s first-ever hotel, Kulm Hotel, won his bet and thus launched winter tourism in the Swiss Alps and going forward, consistently headlined a who’s who list of celebrity snow seekers.

Nowadays the Kulm Hotel is situated prominently over the town of St. Moritz, a grand and commanding force of Swiss luxury. Rich traditions and sleek modernity rule at the Kulm, where hand-painted ceiling frescoes and gilded chandeliers mingle with a sprawling, state-of-the-art spa facility and a decidedly hipster pillow menu (try the one with a warm cherry pit in the center).

Their latest project is revitalizing the historic Kulm Country Club, which was ground zero for social interactions during its heyday and the headquarters of both the 1928 and 1948 Olympic games.

For après ski a little closer to the slopes, sample the high-end alpine comfort food—mashed potatoes piled high with a cap of caviar and flaky pizza topped in truffle shavings—of famed Swiss chef Reto Mathis. Atop the mountain station of Corviglia ski resort, his restaurant, La Marmite, is the perfect place to do a little pinky poking, post ski. 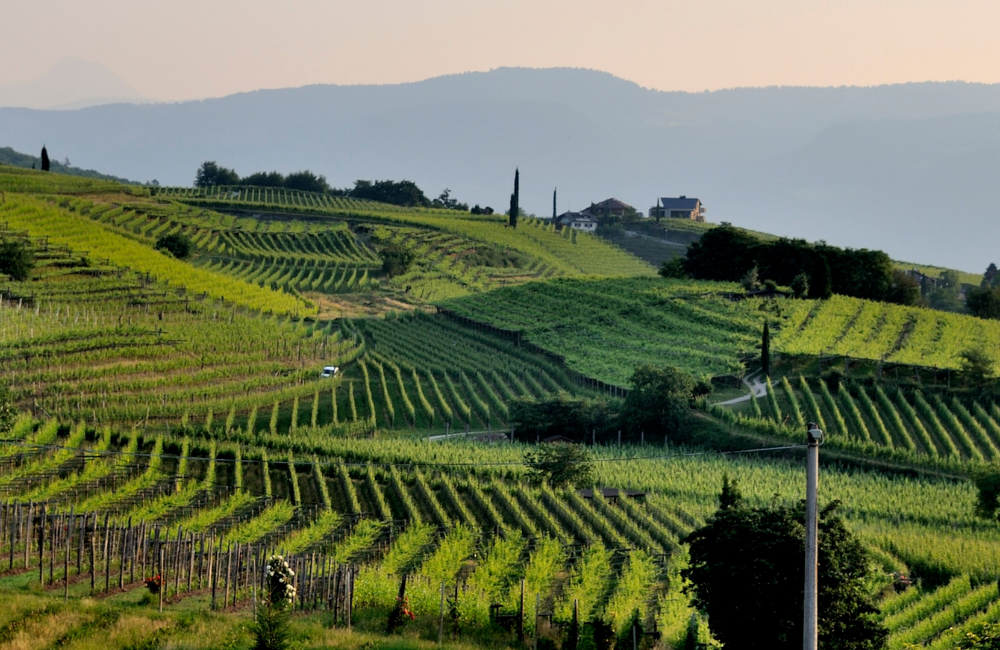 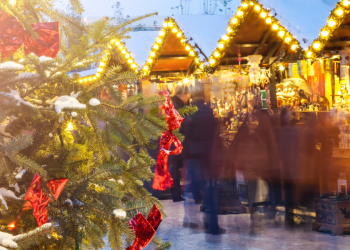 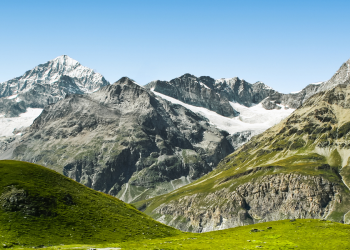 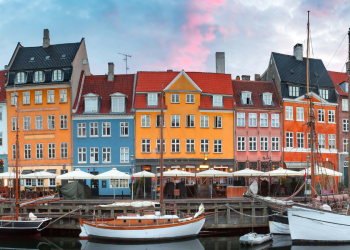 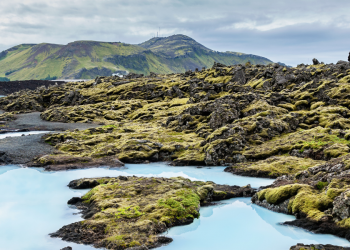 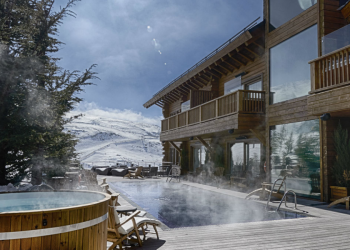 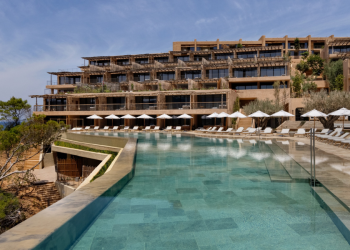