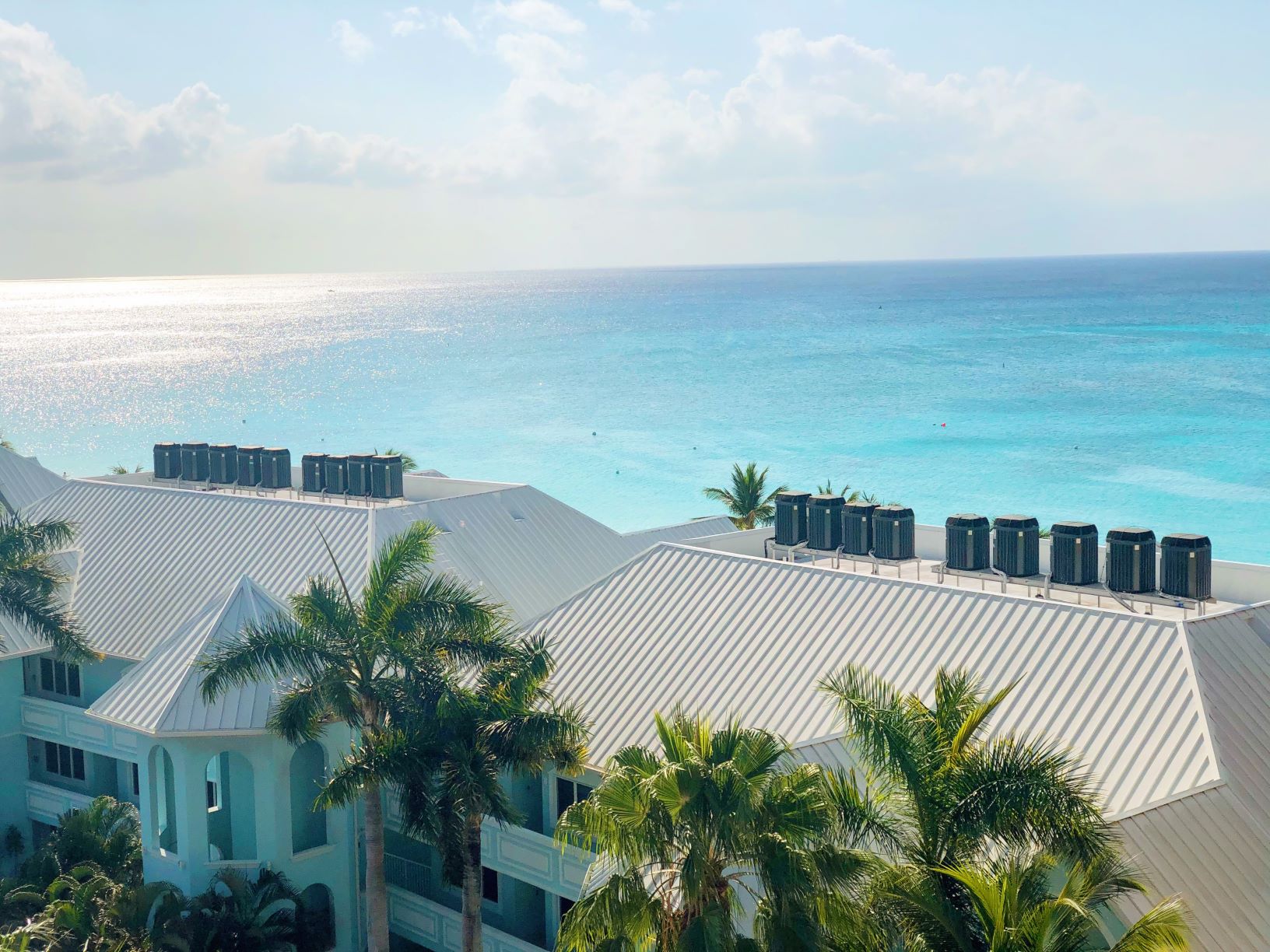 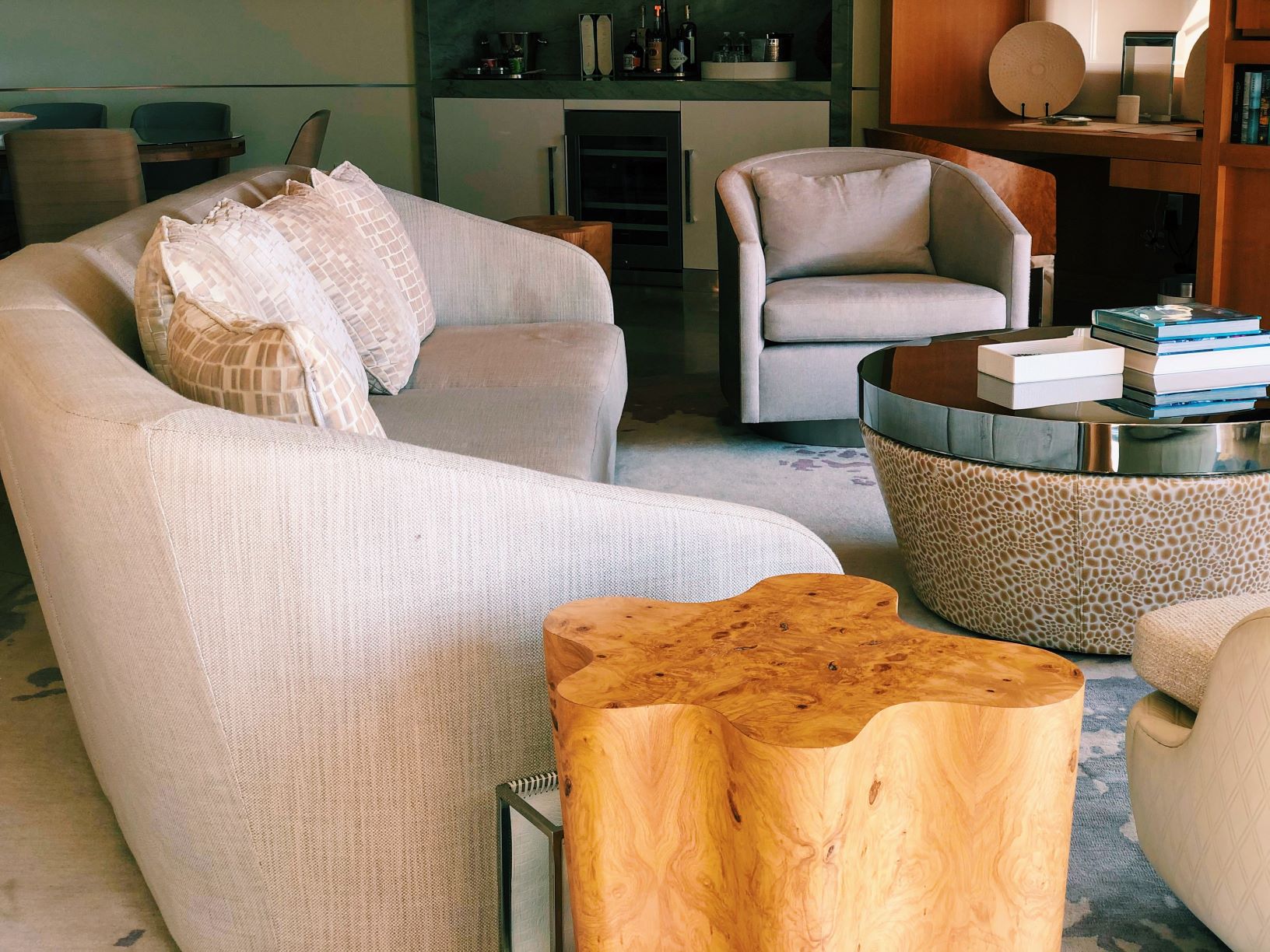 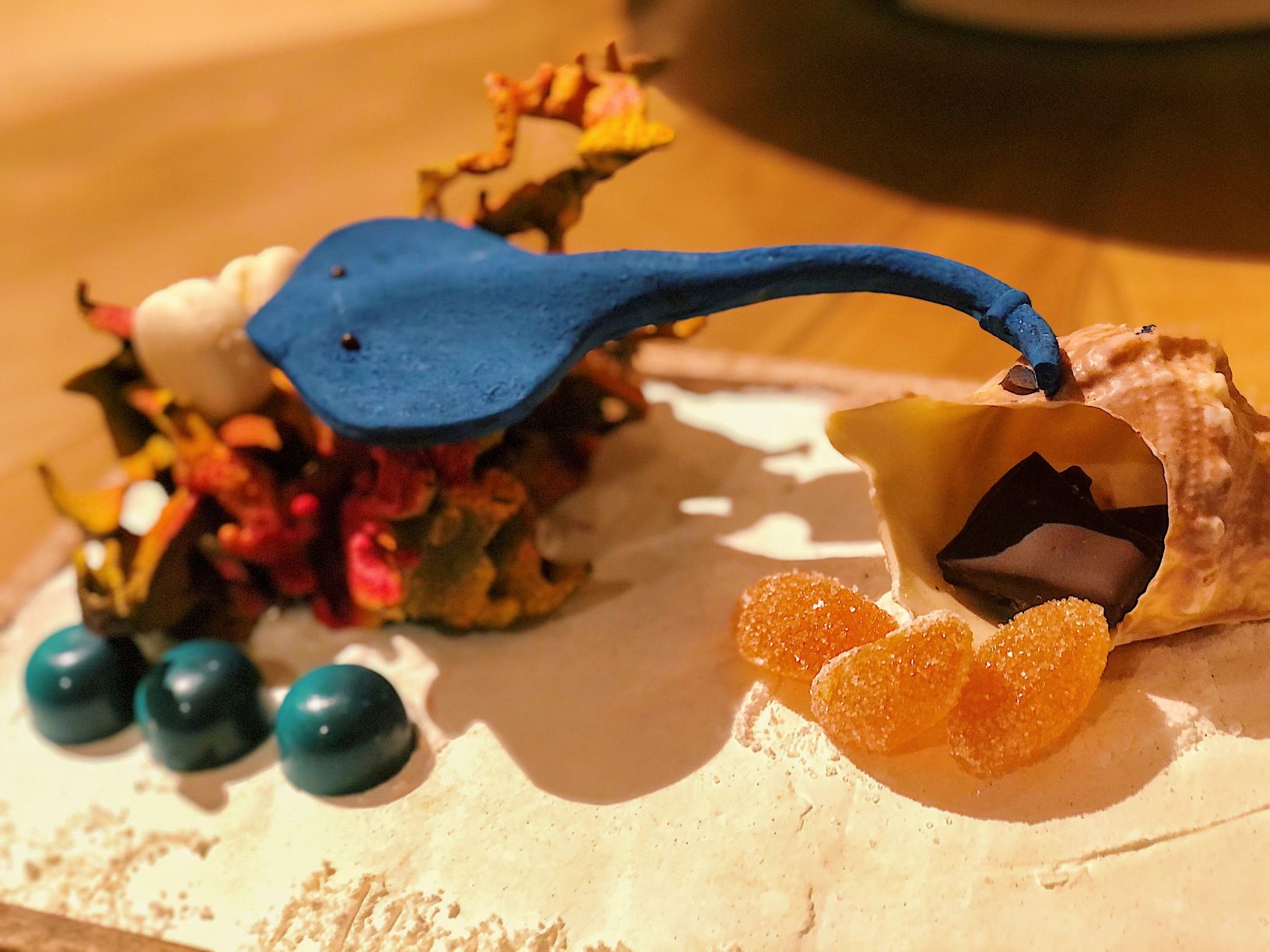 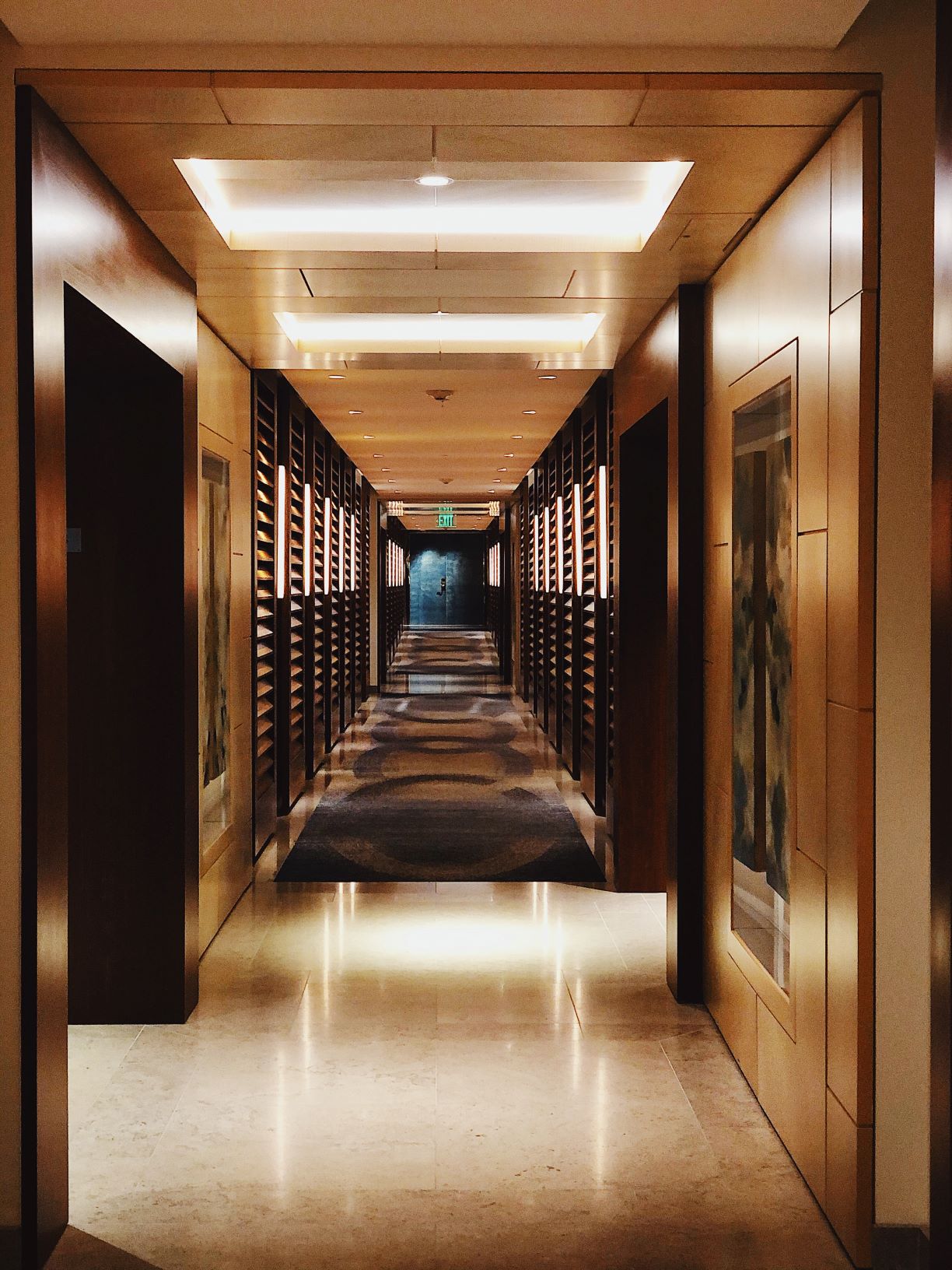 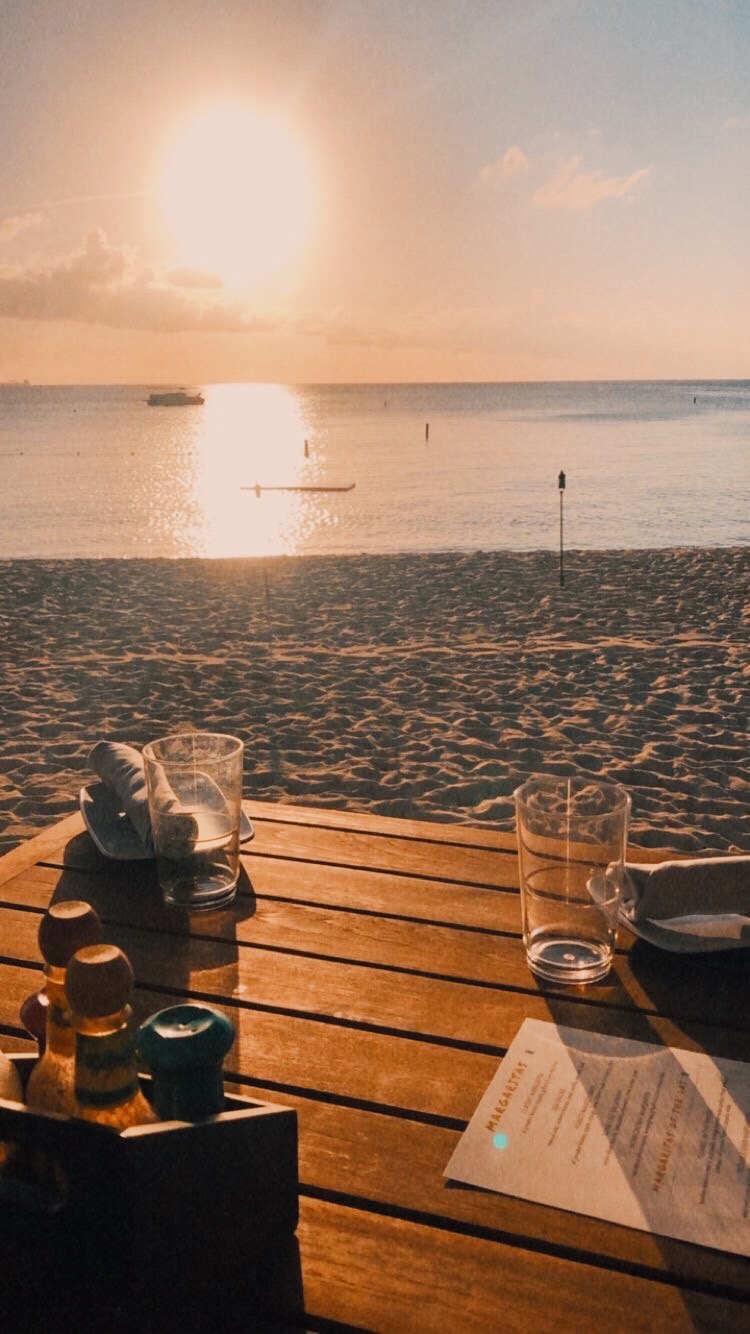 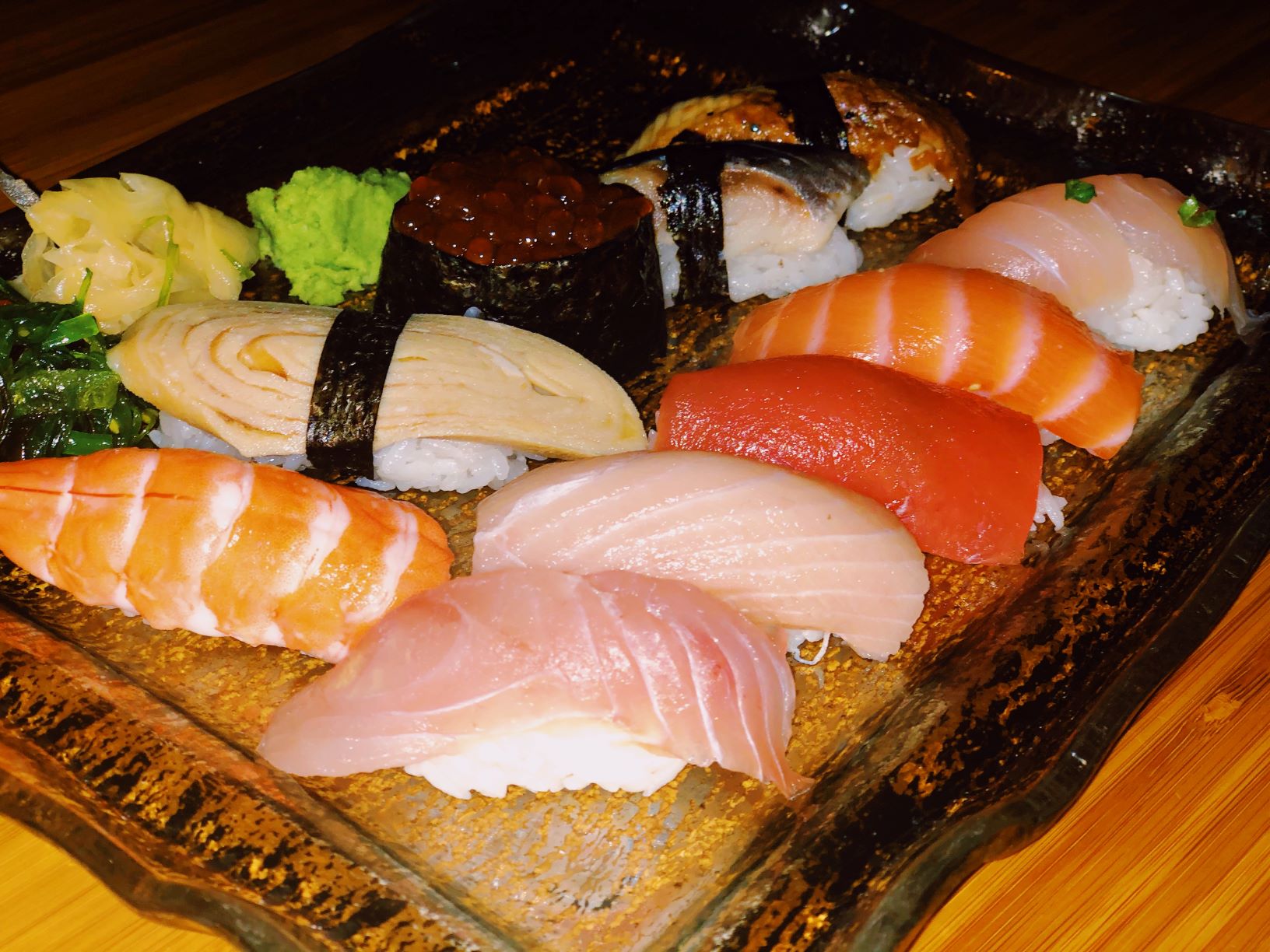 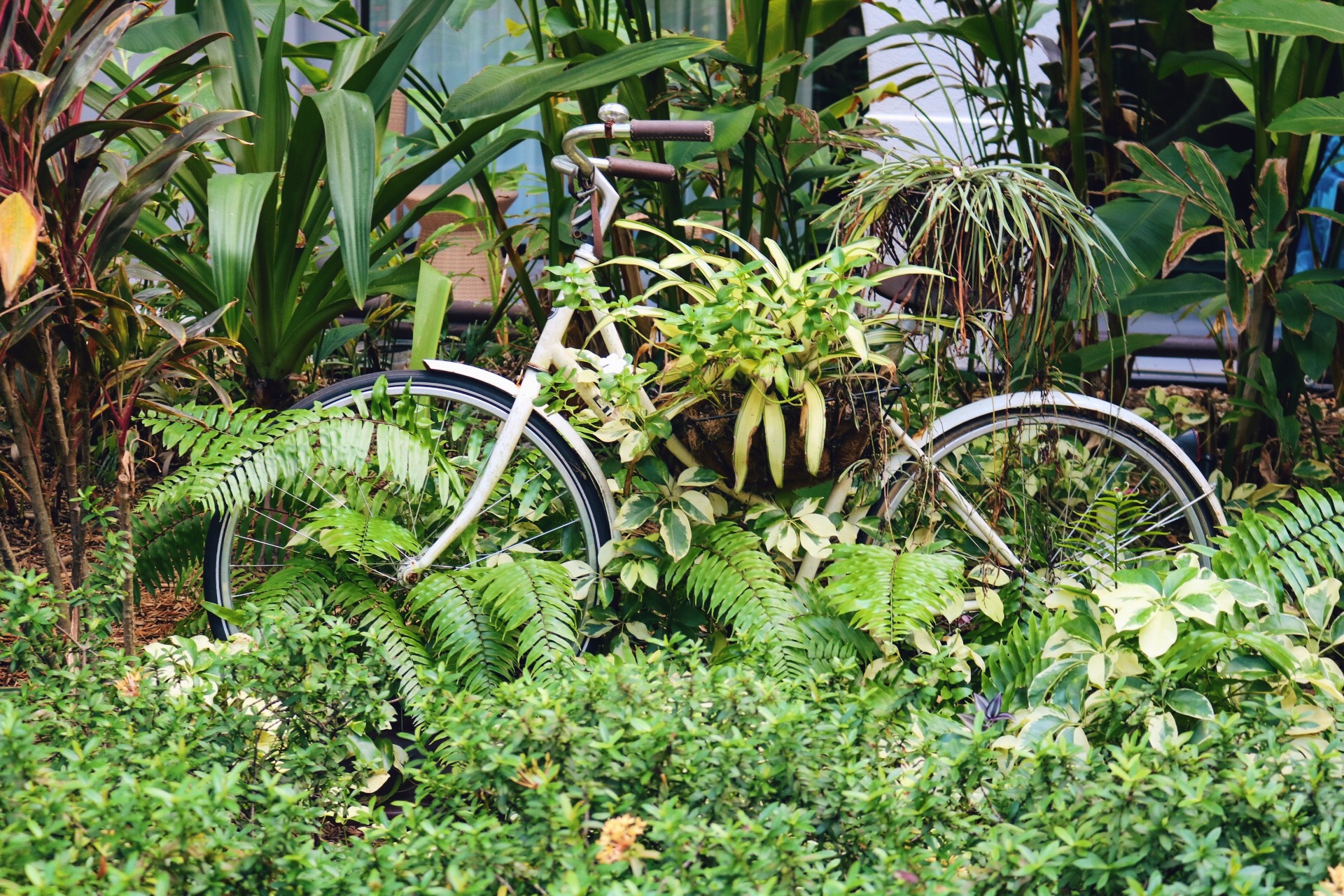 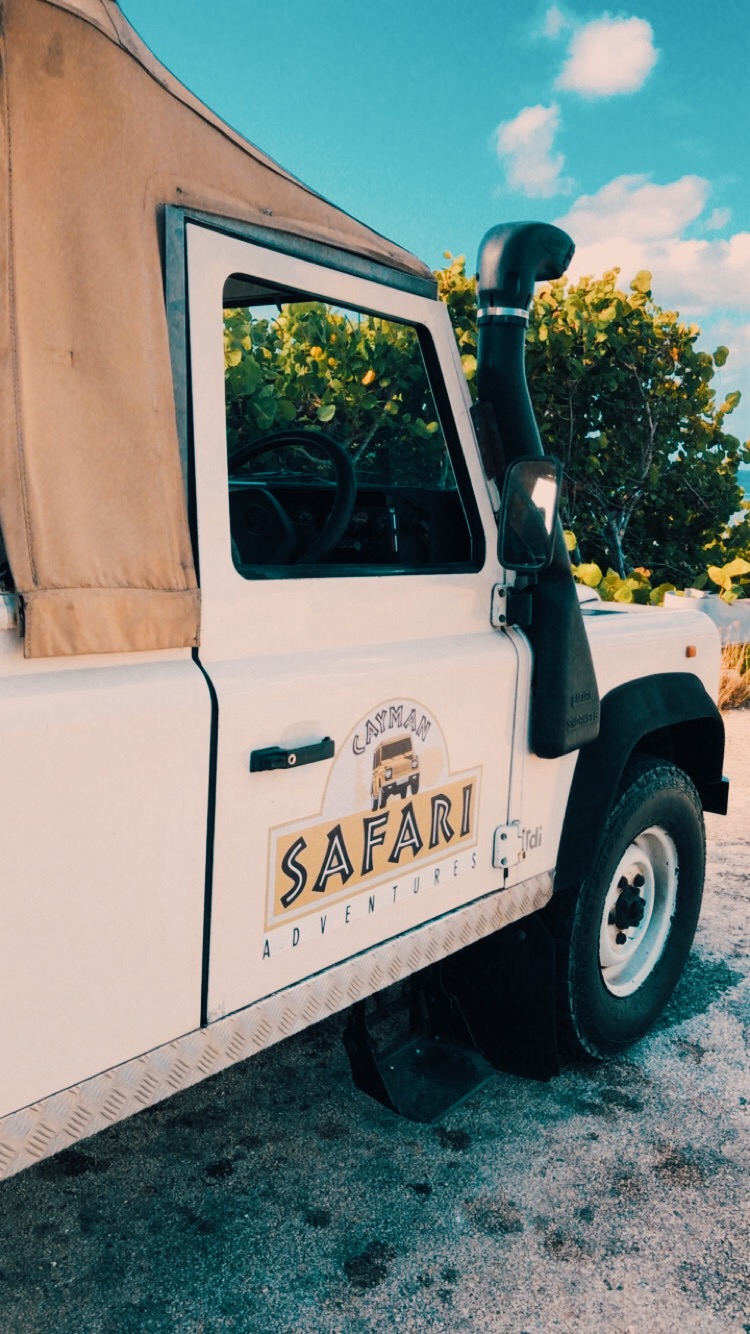 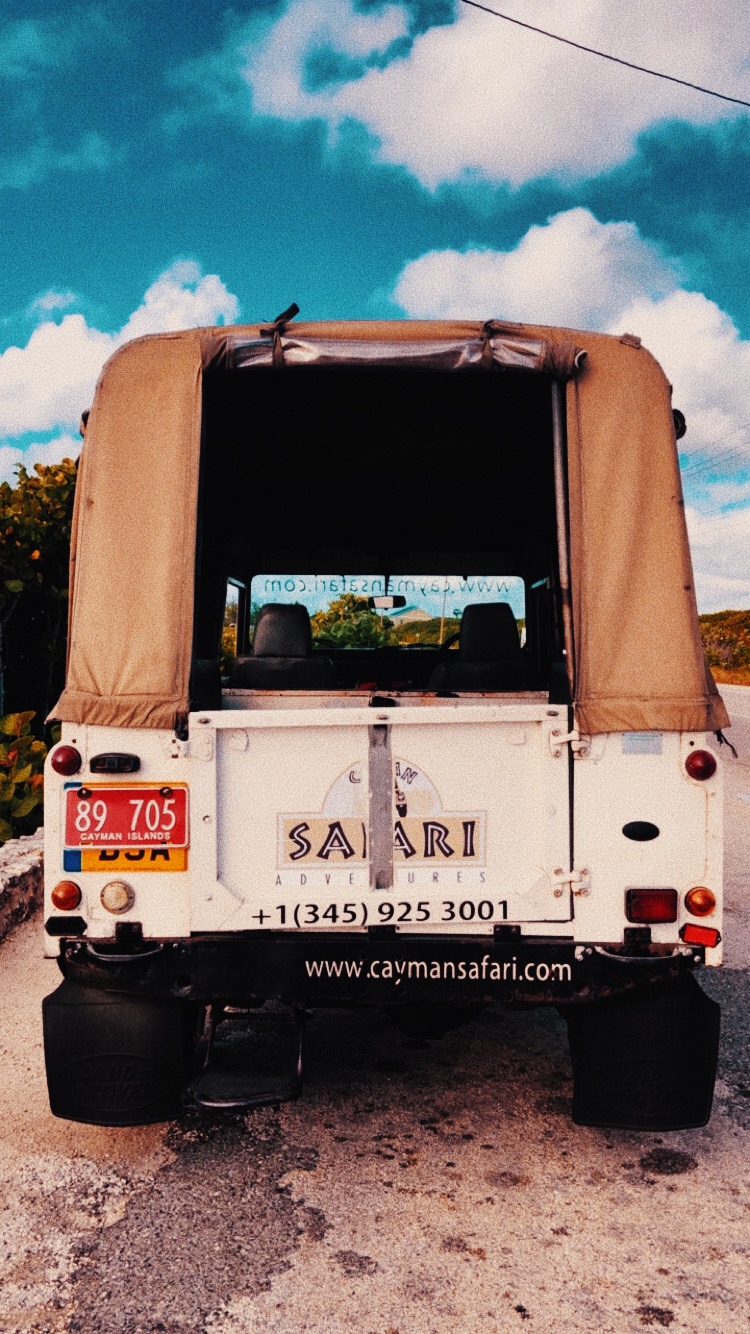 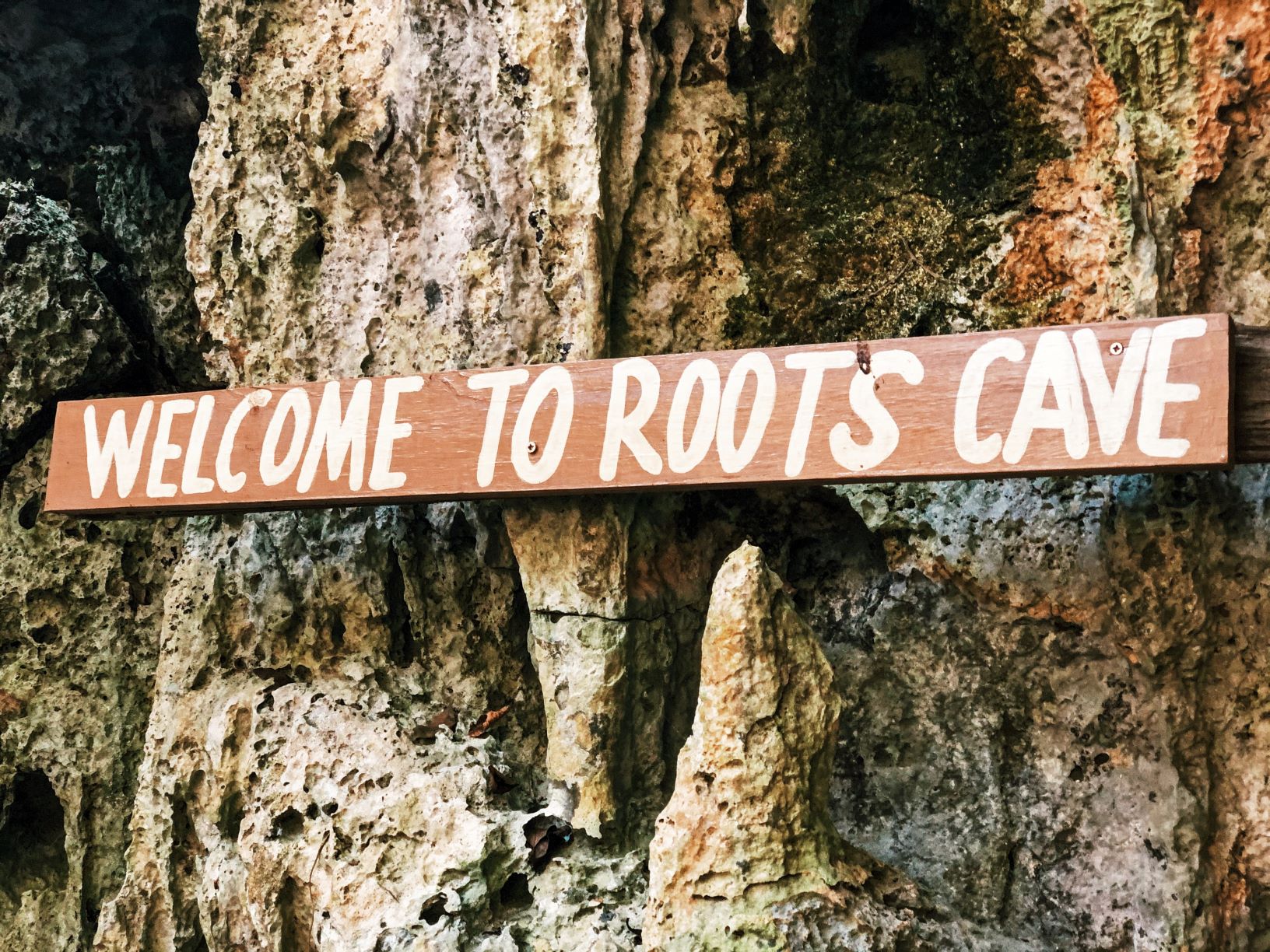 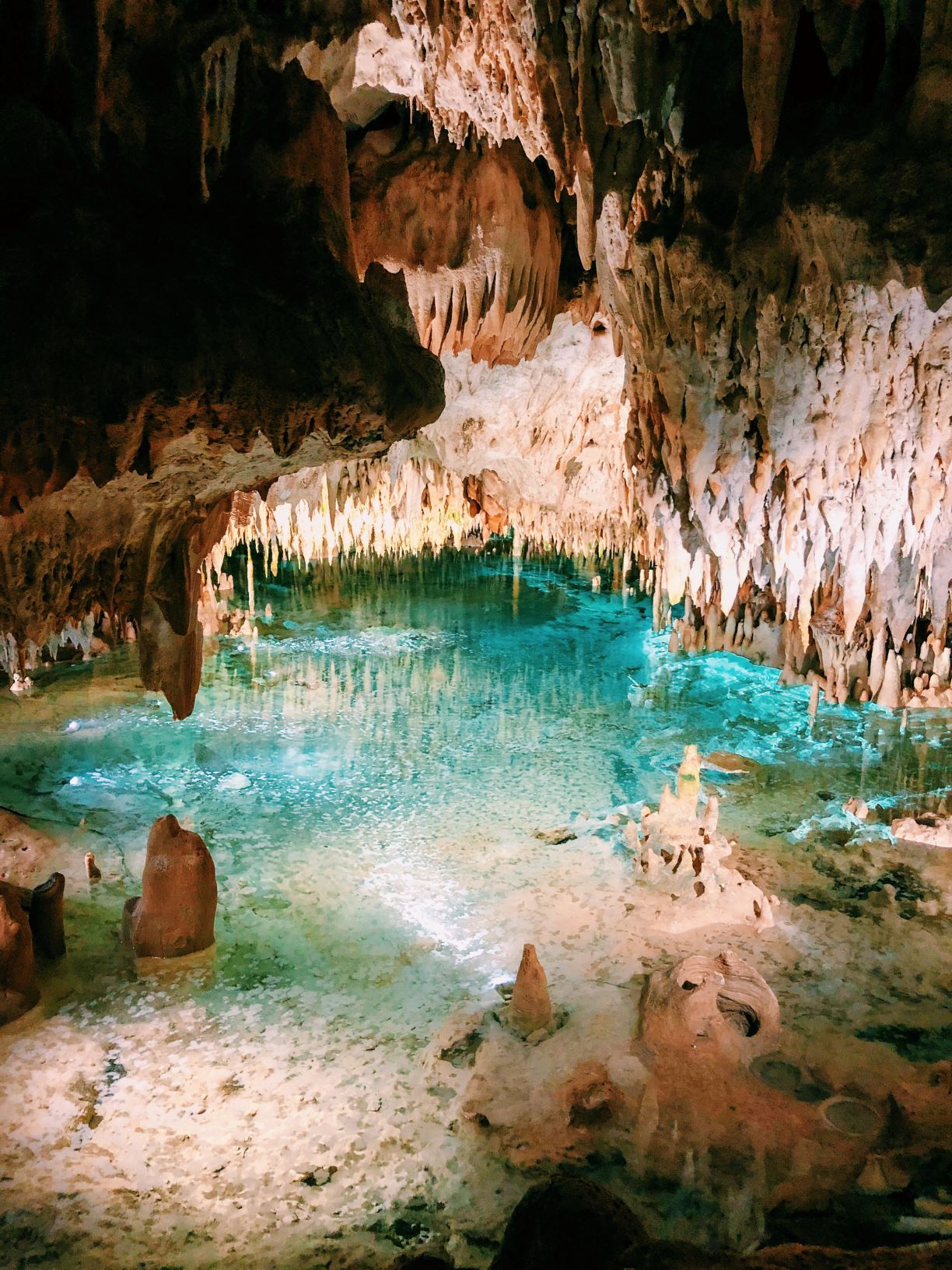 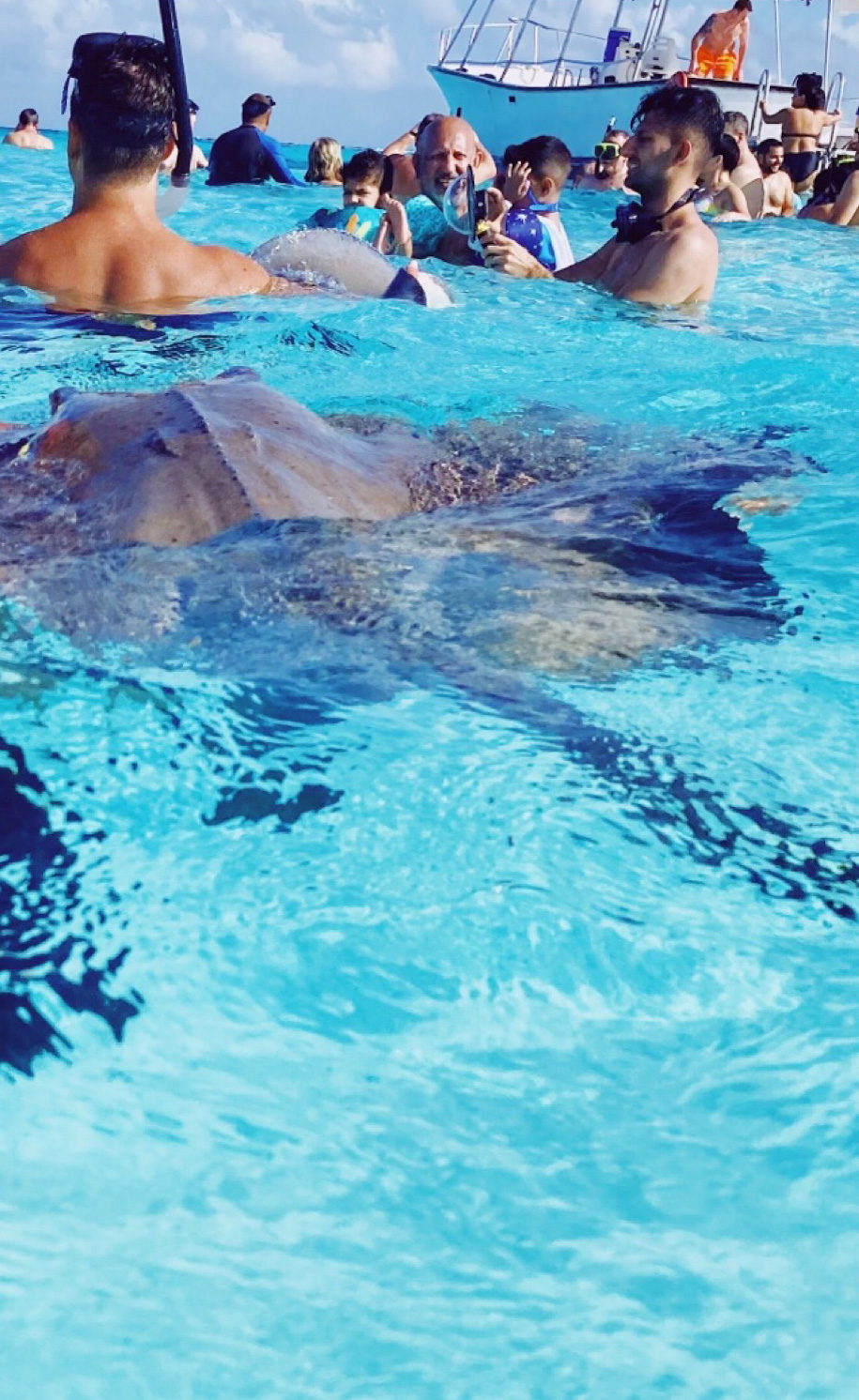 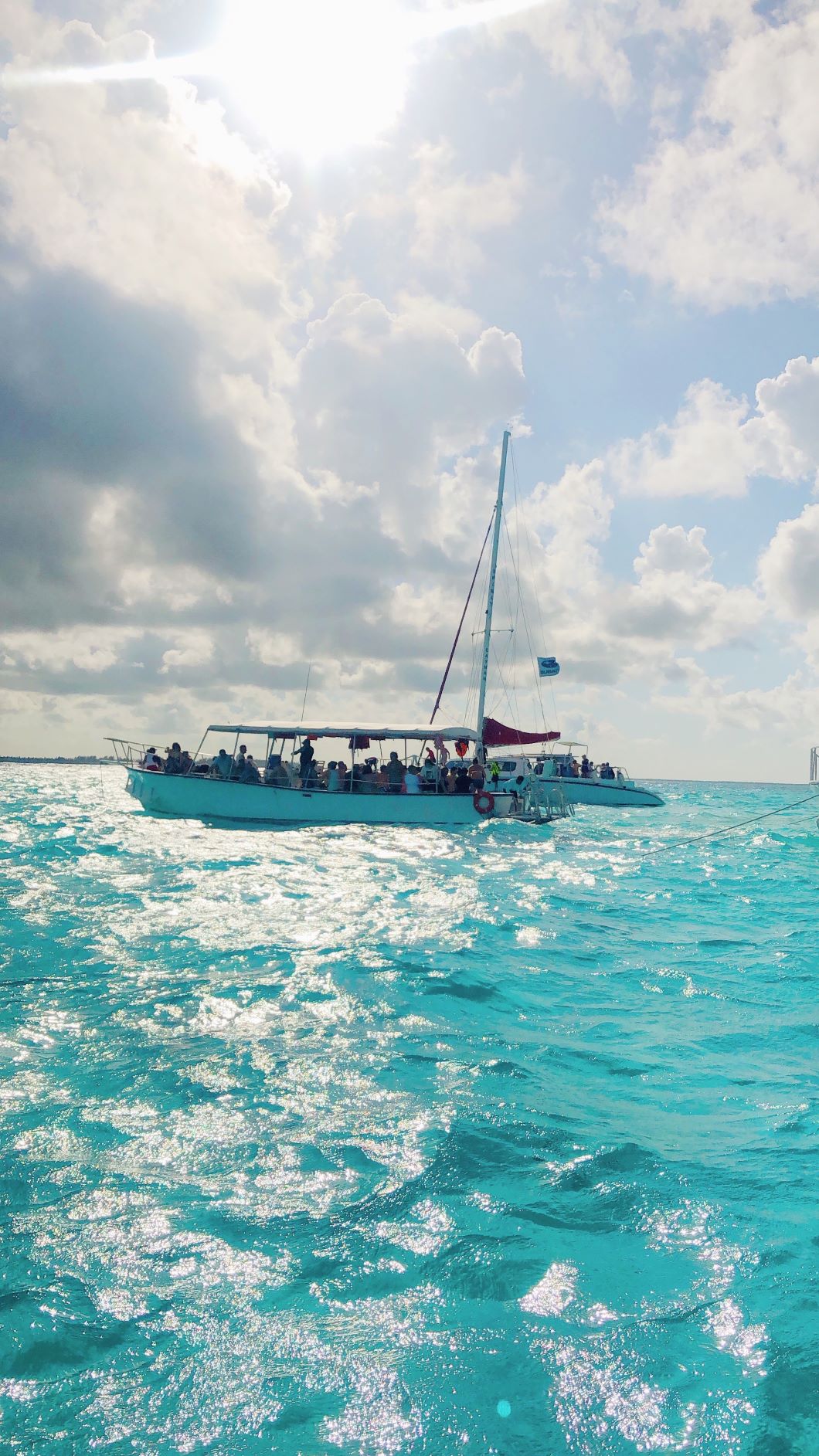 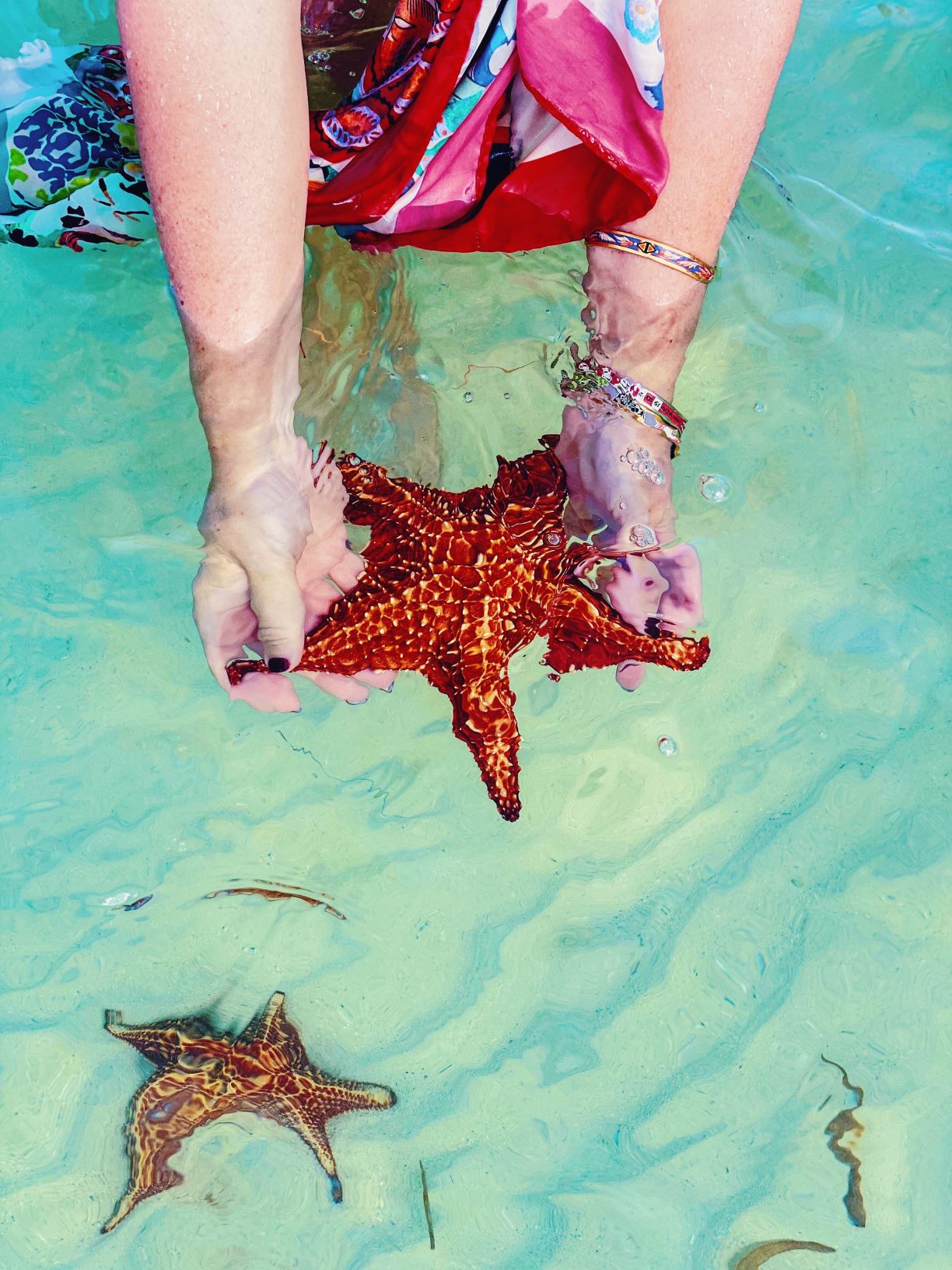 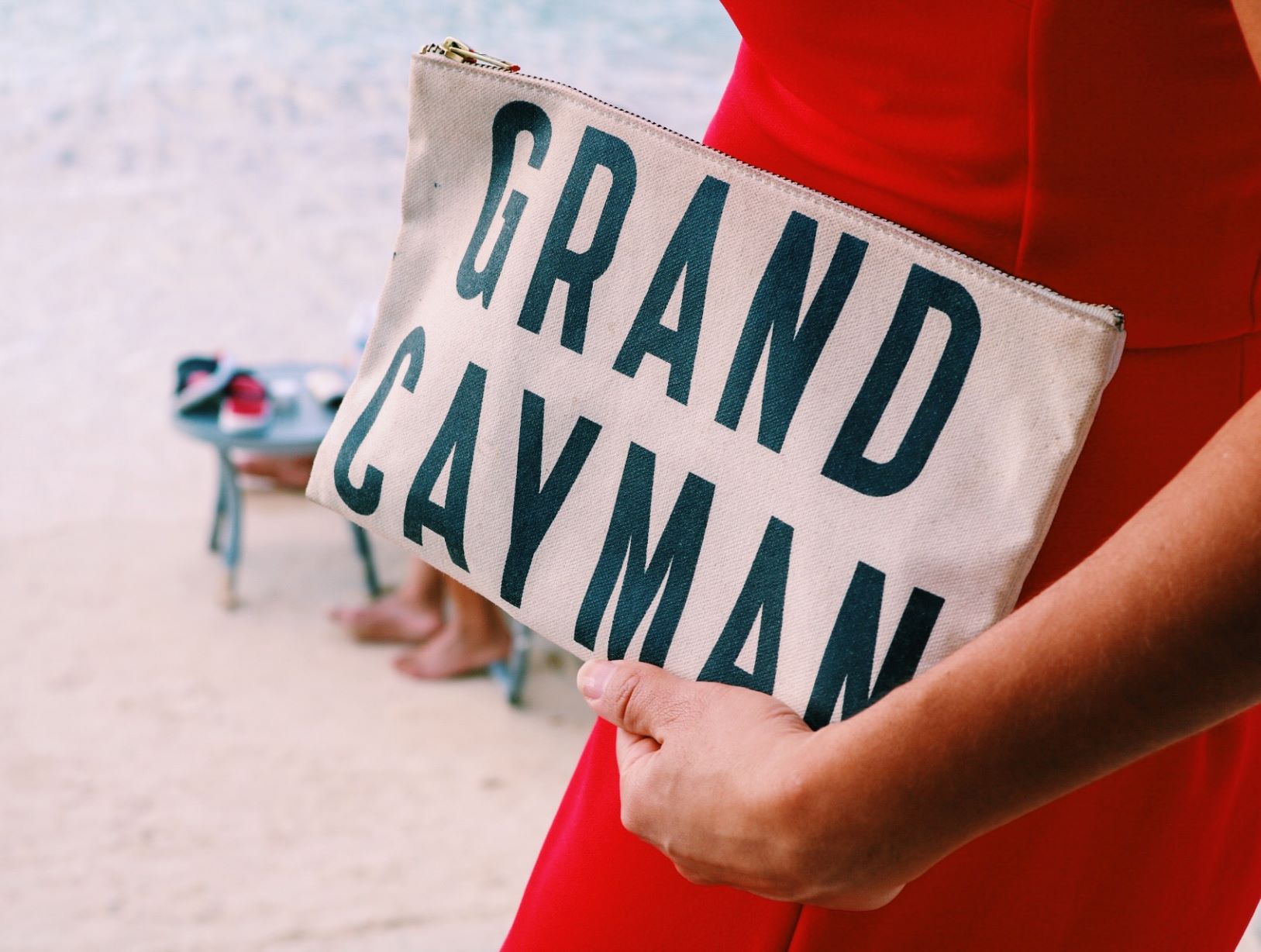 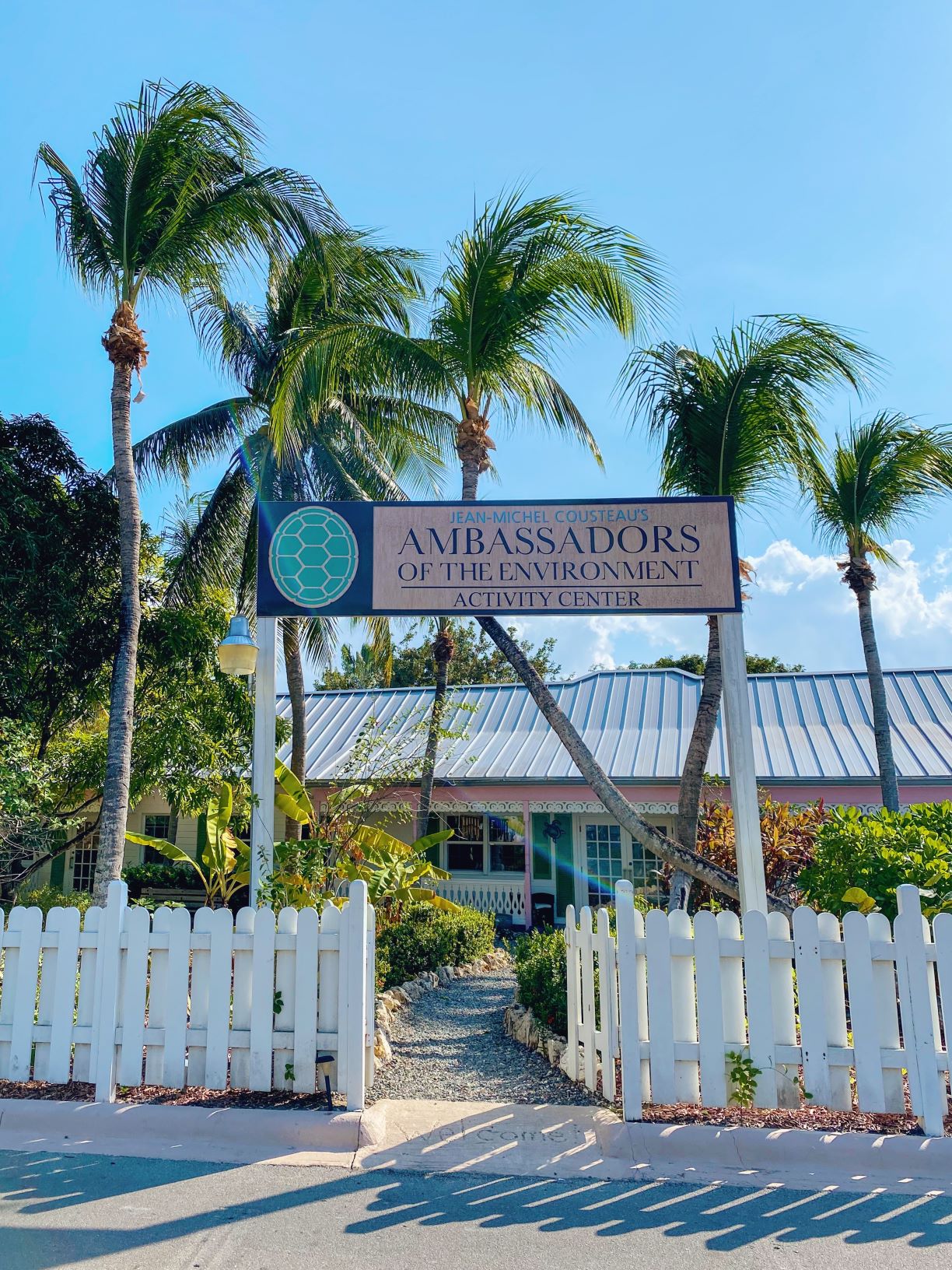 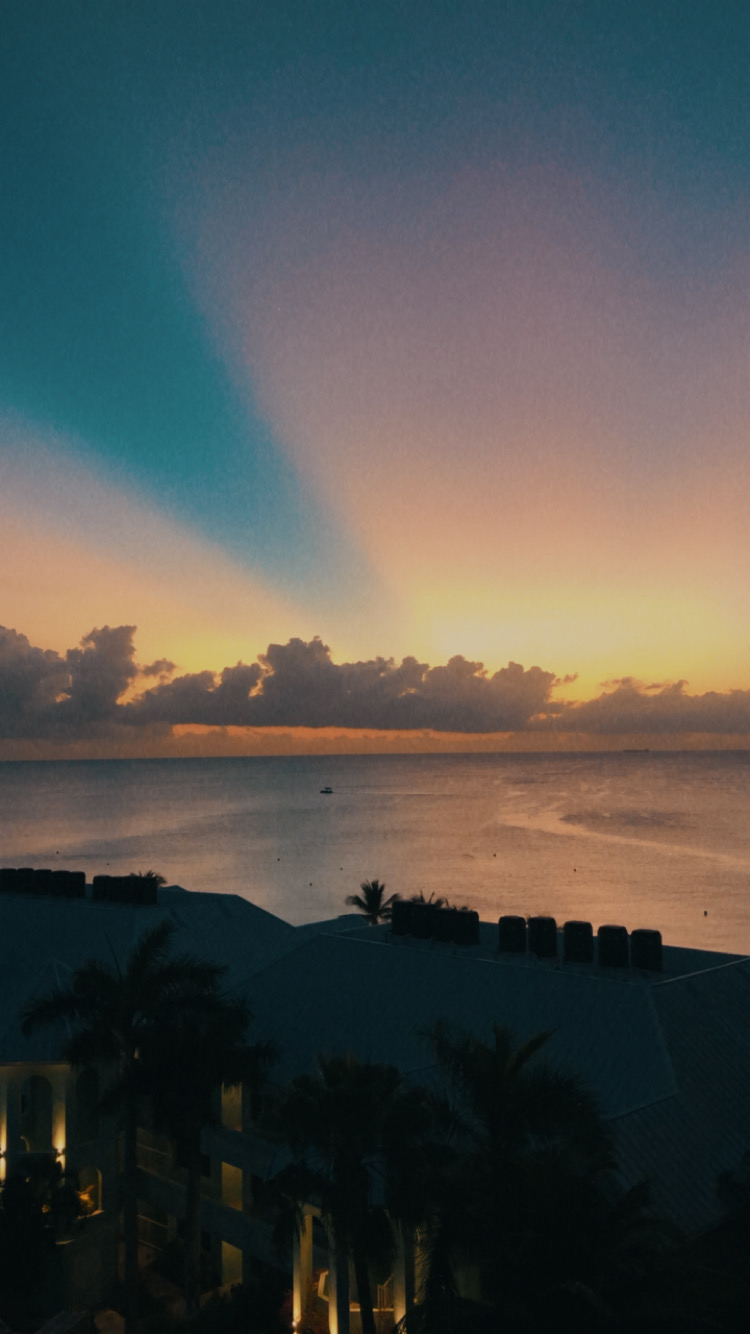 Grand Cayman, the largest of the three islands that make up Cayman, is a destination that we know like the back of our hand. We have spent many vacations, long weekends, and romantic trips in this glorious paradise and we keep coming back for more. Grand Cayman is known for its arts scene, stunning beaches, rich culture and existing at the intersection of nature and wonder.

We don’t say this too often, but the island has just about everything – and they do it BIG. On the west side of the island is the award-winning Seven Mile Beach, known for its expansive waterfront, Seven Mile Shops, and popular attractions for the adventure seeker (scuba, anyone?). Seven Mile Beach was named one of the Ultimate Beaches in the region by Caribbean Travel + Life, the 4th Best Beach in the Caribbean by trip Advisor, and the 12th of the best beaches in the world by MSN. Sounds pretty legit to us.

A few backstrokes away from Seven Mile Beach is the North Sound, which is home to a neighborhood of stingrays so big, they call it a city (scroll down to “DO” for our stingray experience).

The only thing warmer than the weather in Grand Cayman is the people. Hospitality is at an all-time-high at every touchpoint – from the locals to the service, the treatment is five-star.

As a Marriott Bonvoy member, we are able to unlock the most elevated travel experiences around the globe that are synonymous with the Marriott brand. Marriott International’s core offerings including coveted location, elevated food and beverage offerings, and expected resort amenities like refreshing pools and award-winning spas.

Kurt’s Corner aka “The Caboose” – This local tried and true favorite is known for their seafood and Caribbean flair. The delicious local secret only has outdoor seating so make sure you bring the bug repellent and an empty stomach! *Tribe Tip: We caught wind of this local eatery from our Jeep tour operator who has been living and eating here on the island for 15 years. That’s how you know it’s good.  +1 345-947-8899

Duke’s Seafood and Rib Shack – Located across from Seven Mile Beach, this local favorite will fulfill just about every decadent food craving you have. From their Sweet Maui Ribs to the Thai steam pot with fresh crab, shrimp and lobster (our mouths are watering just thinking about it), you will leave feeling full and potentially regretful of all of the calories you just consumed. Totally. Worth. It. +1 345-640-0000

Anchor & Den – Located at Marriott Grand Cayman Beach House, Anchor & Den is the perfect place to reconnect and relax after a long day of adventure. Known as a meeting place to fix a craving for anyone, Anchor & Den offers an Apothecary Happy Hour, raw bar, La Bomboneria (chocolates, truffles and more),  El Mercat – Nit de Tapes (Barcelona style tapas), and Boulangerie Brunch. *Tribe Tip: If you’re looking for an alternate place to stay, we cannot recommend Marriott Grand Cayman Beach House more. From the second you step into the lobby, you feel like you’re at your private beach house. The lobby was recently redone to the most chic, trendy and sleek standards. We can definitely see ourselves hanging out here. +1 345-949-0088

The Wharf Restaurant and Bar – An ideal place to take in amazing food alongside picturesque scenery. Located at the edge of the Caribbean Sea and at the start of Seven Mile Beach, The Wharf has long been regarded as one of the most beautiful and memorable restaurants in the Cayman Islands. We recommend any of the award-winning local seafood. Unbelievably fresh and delicious, like most of the food on the island. +1 345-949-2231 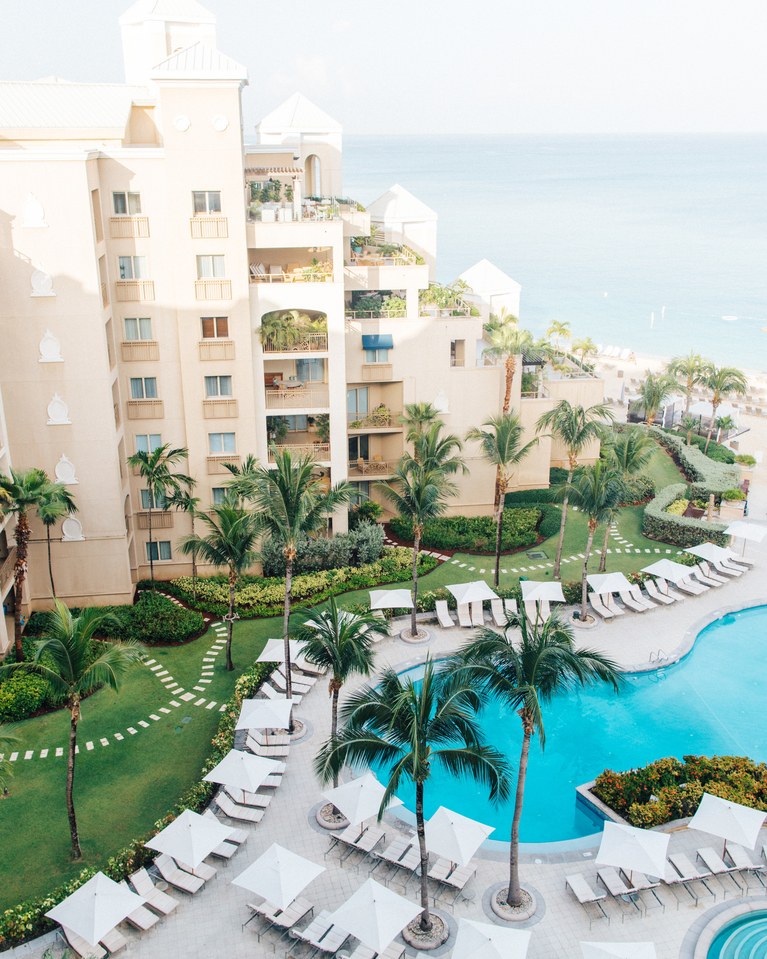 As one of the most respected, long-standing resorts on the island, The Ritz-Carlton, Grand Cayman was one of our first choices when deciding where to stay for our most recent trip with Marriott International.

An exclusive penthouse with space for 22 guests, two-bedroom suites with full kitchens and guest rooms with terraces overlooking the ocean, pool or gardens are among the luxury accommodations at this Grand Cayman resort. We were lucky enough to stay in Seven South, an ultra-exclusive, one-of-a-kind experience, featuring the largest luxury hotel suite configuration in the Caribbean. This stunning, combined 11-bedroom setting encompasses the 8,000 square feet of exceptional indoor and outdoor living space and sleeping accommodations for 22. Seven South occupies an entire top-floor wing of the resort’s Ocean Tower, offering unparalleled panoramas of the Caribbean Sea.

Photos do not even do Seven South justice. The guest rooms were completely decked out to make you feel every bit the VIP, from the bathroom amenities to the closet space. Regular guest rooms at The Ritz-Carlton, Grand Cayman are spacious, bright, and welcoming. In classic Ritz-Carlton style, the accommodations in Grand Cayman are absolutely top notch. No surprise there!

Club Lounge access at The Ritz-Carlton Grand Cayman was also a major plus. We found ourselves having quite a few aperitifs in the lounge before (and ok, after) meals. 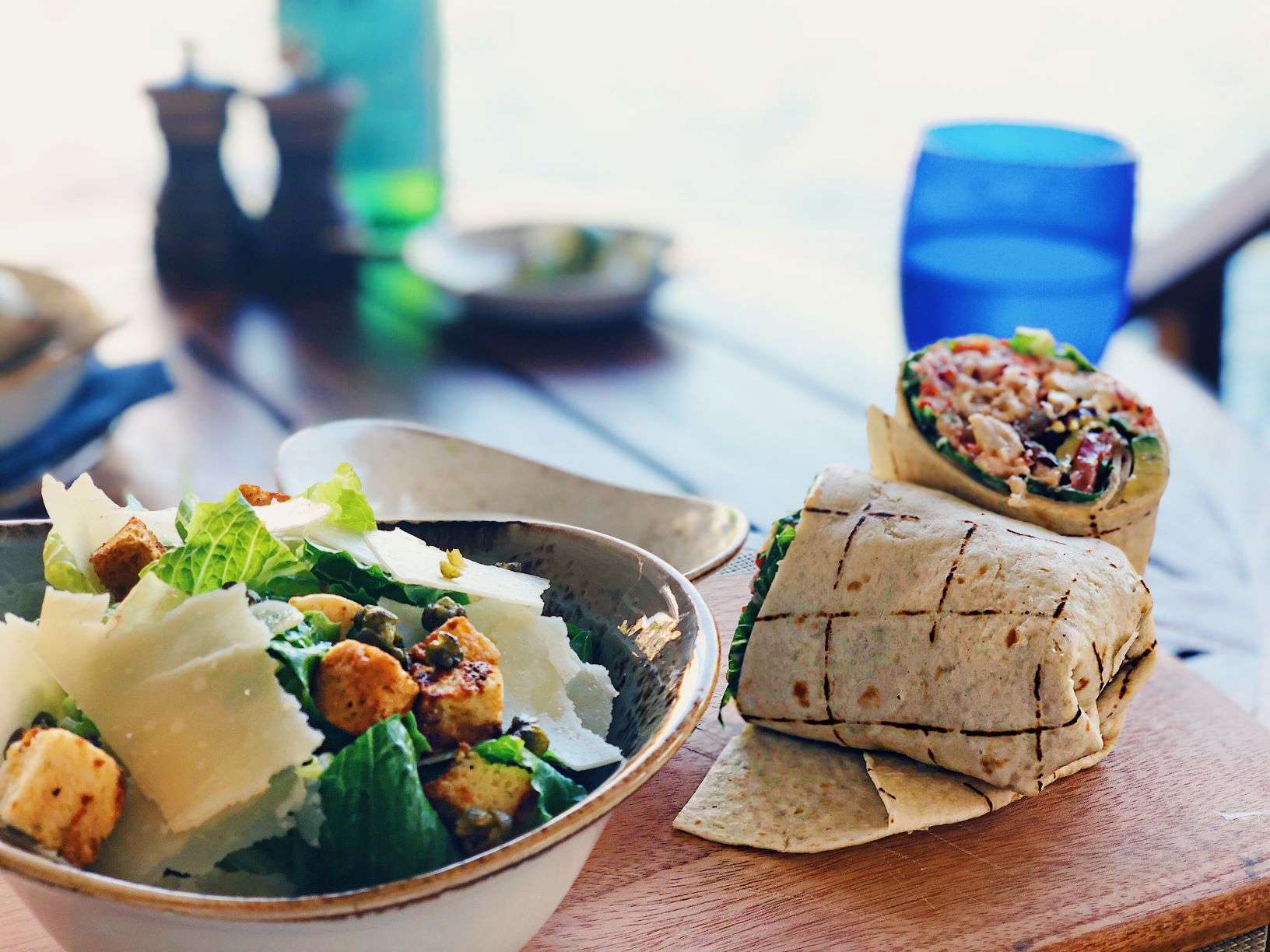 Casual, al fresco Italian cuisine overlooking the water. We came to Andiamo for a quick lunch and got the lobster wrap (not the most traditional Italian dish but we were trying to save room for dinner!). It was to die for. 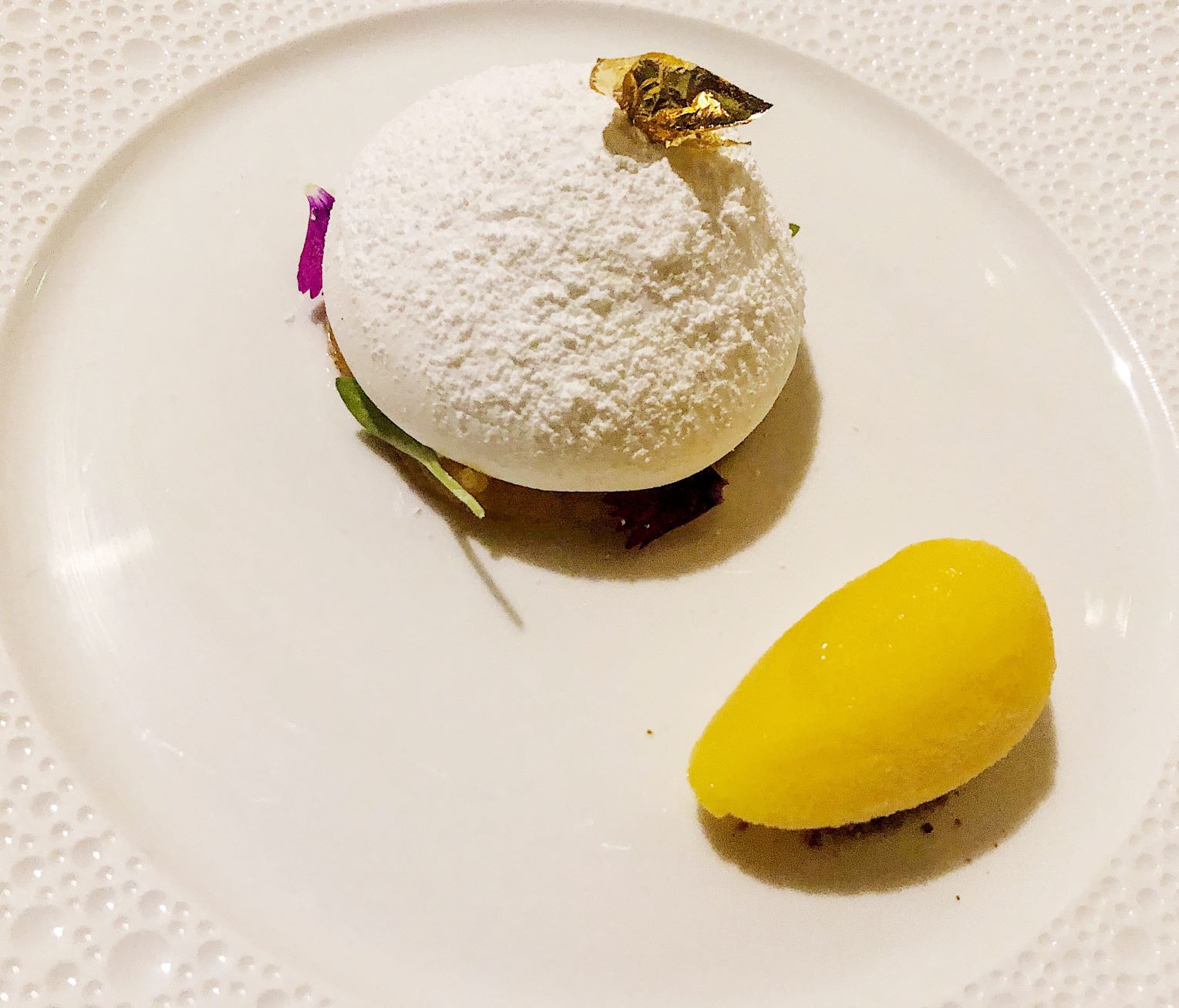 This was the most outstanding meal we had on the island. If you won’t take our word for it, Blue by Eric Ripert is The Caribbean’s only AAA Five Diamond restaurant. The fine-dining culinary experience specializes in tasting menus that highlight local seafood and offers an impressive wine list with more than 700 fine wines from around the world. We were positively blown away by the remarkable service and the food was outrageously good. Some of the standout items on the menu include the melt in your mouth dorade, scallops, and truffle pasta. Go to Blue for the “big” night out on the island. 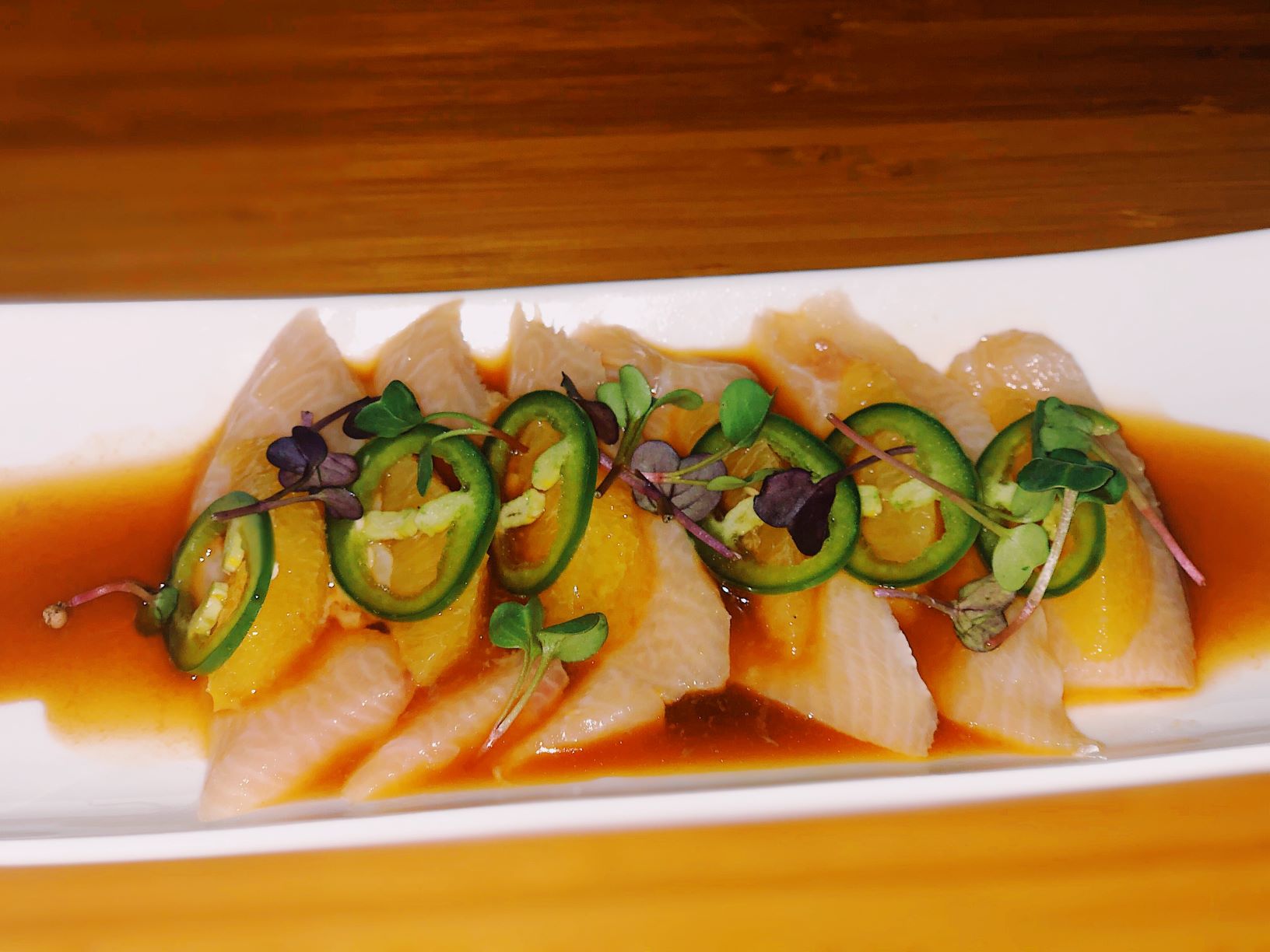 Incredibly fresh, flavorful take on sushi and Japanese cuisine. We were told to order the salmon rice foie gras that is prepared with a foie gras terrine, wasabi mayo, scallion, Japanese BBQ sauce, and orange tobiko. Easily our favorite bite of food that we consumed on this trip. The quality of fish was on par with Nobu or Zuma in NYC. We highly, highly recommend Taikun while you’re visiting the island. 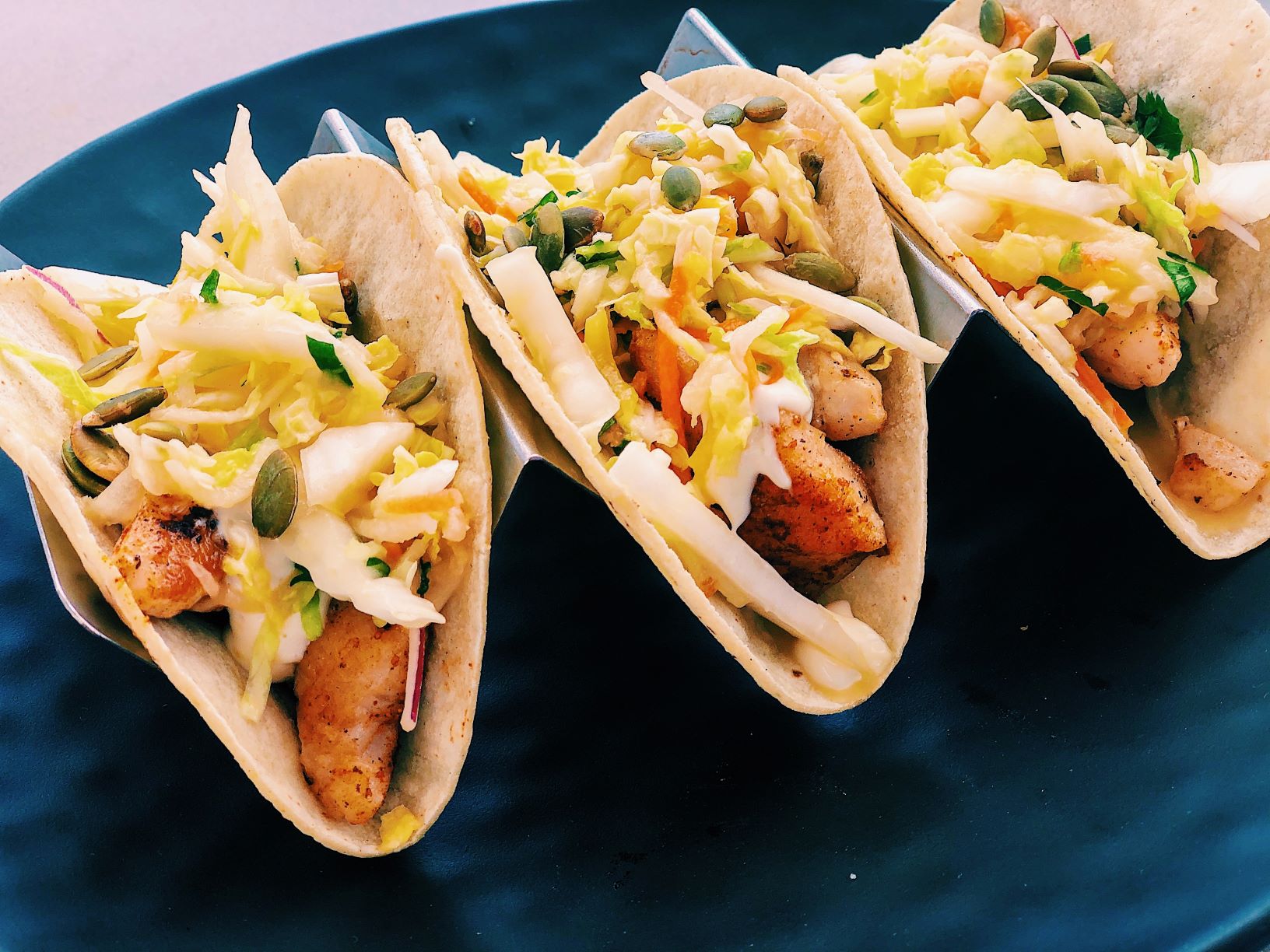 Known for its fish tacos and piña coladas, this casual poolside café is perfect for a quick pick-me-up after a day in the water. 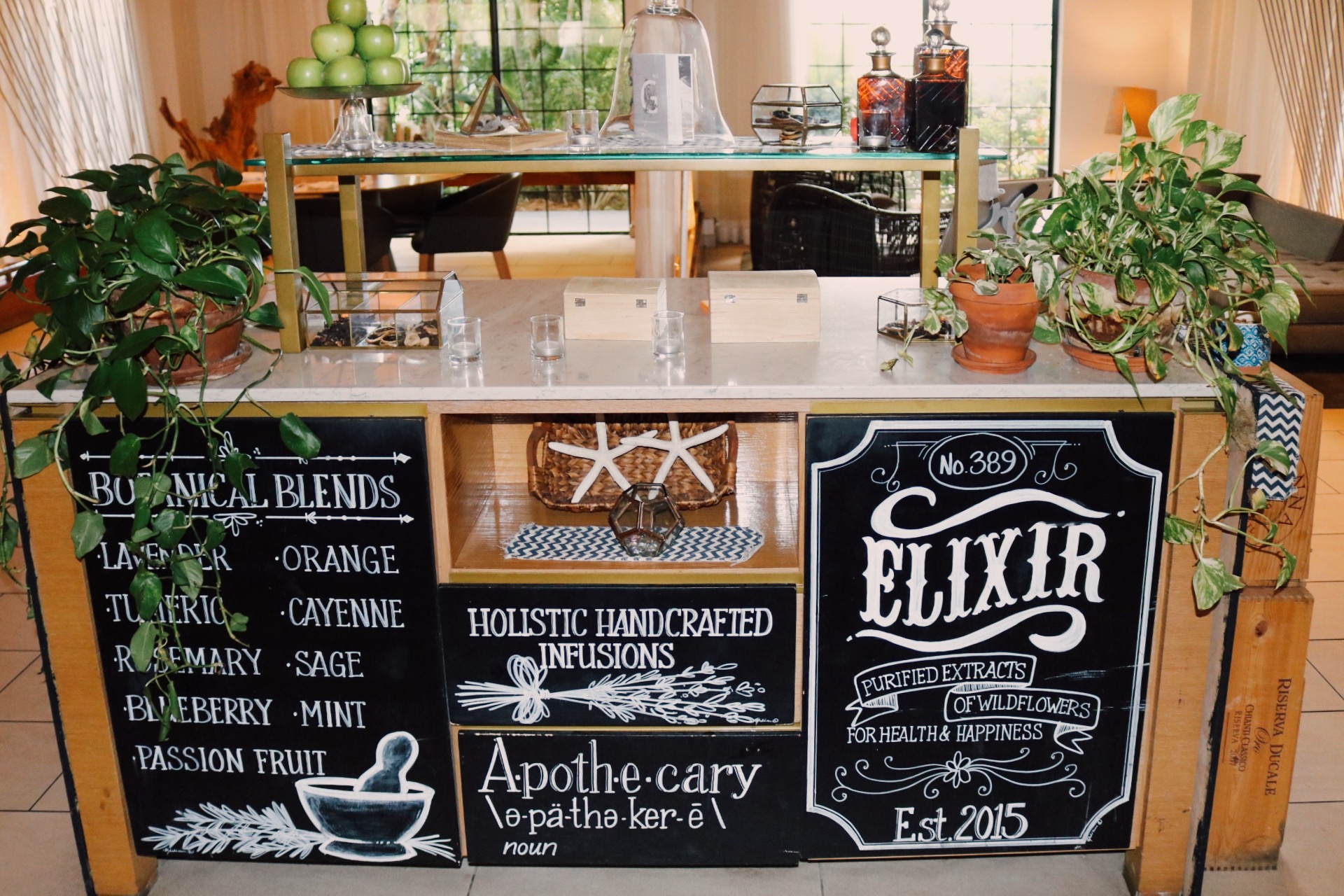 This spot became our go-to for breakfast. We recommend helping yourself to the amazing buffet of fresh green juices, pastries, omelet station, and fresh fruits rather than ordering off of the menu. 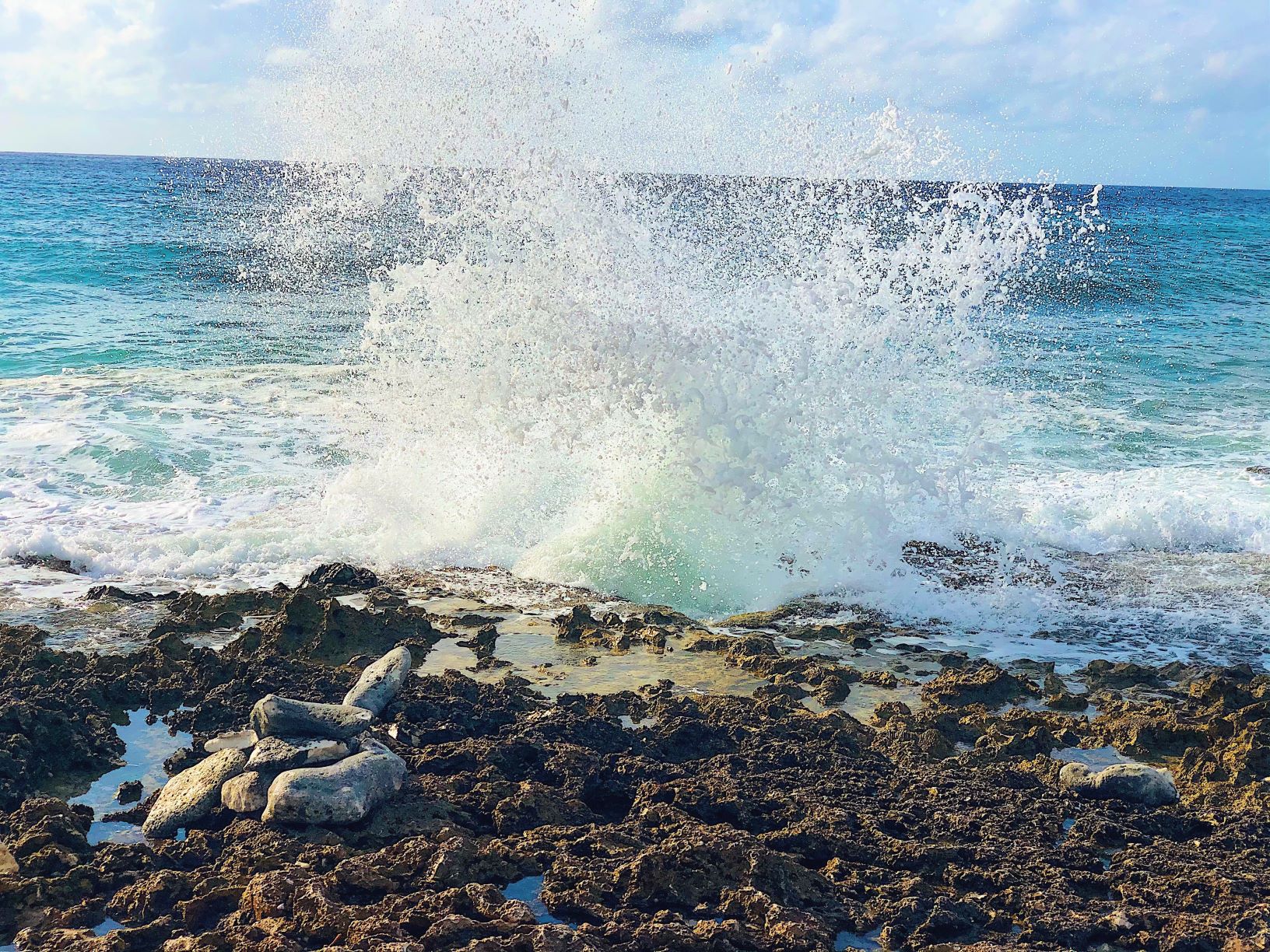 Named one of the Caribbean’s best beaches for several years now, this Caymanian land mark is home to many of Grand Cayman’s best resorts. Seven Mile Beach is the go-to for snorkeling, paddle boarding, and beautiful water-front restaurants. 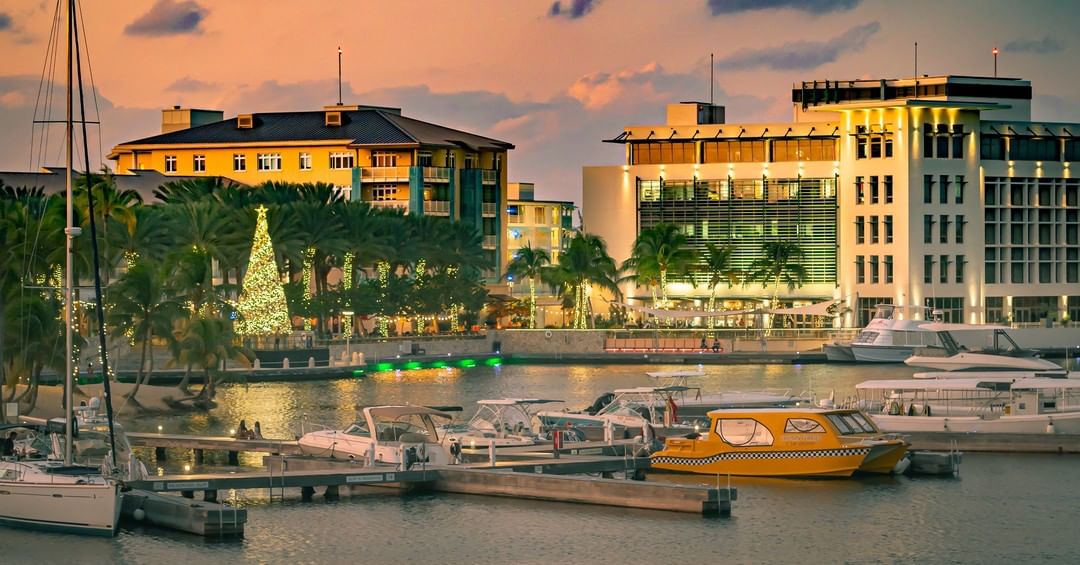 One of our favorite parts of Grand Cayman was Camana Bay. The modern shopping center is an oasis for foodies and shopping addicts (guilty as charged!). With more than 600 annual events, Camana Bay is buzzing with activity. The vibe here is very similar to Merrick Park in Miami with its vast outdoor shopping area and glitziness. 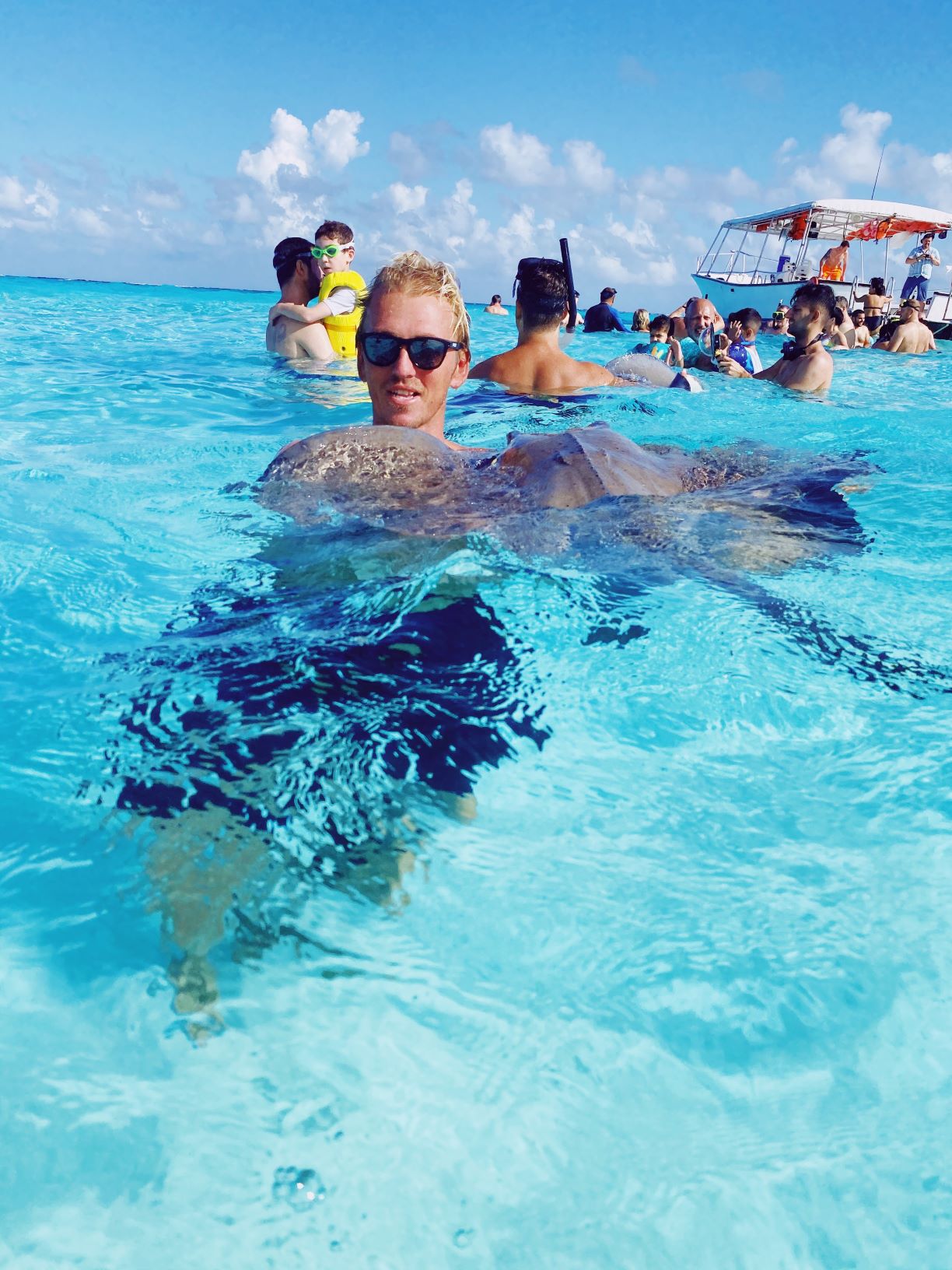 To reach Sting Ray City, you must arrive by boat. We took a stunning catamaran arranged by the wonderful ladies and gentlemen of The Ritz-Carlton, Grand Cayman to experience the wonder first-hand. Upon arrival, we were immediately greeted by several friendly stingrays who knew just what they were there to do – take photos and give kisses! *Tribe Tip: Rumor has it each kiss from a sting ray brings you seven years of luck. Between us, we’ll have close to thirty good years 😉 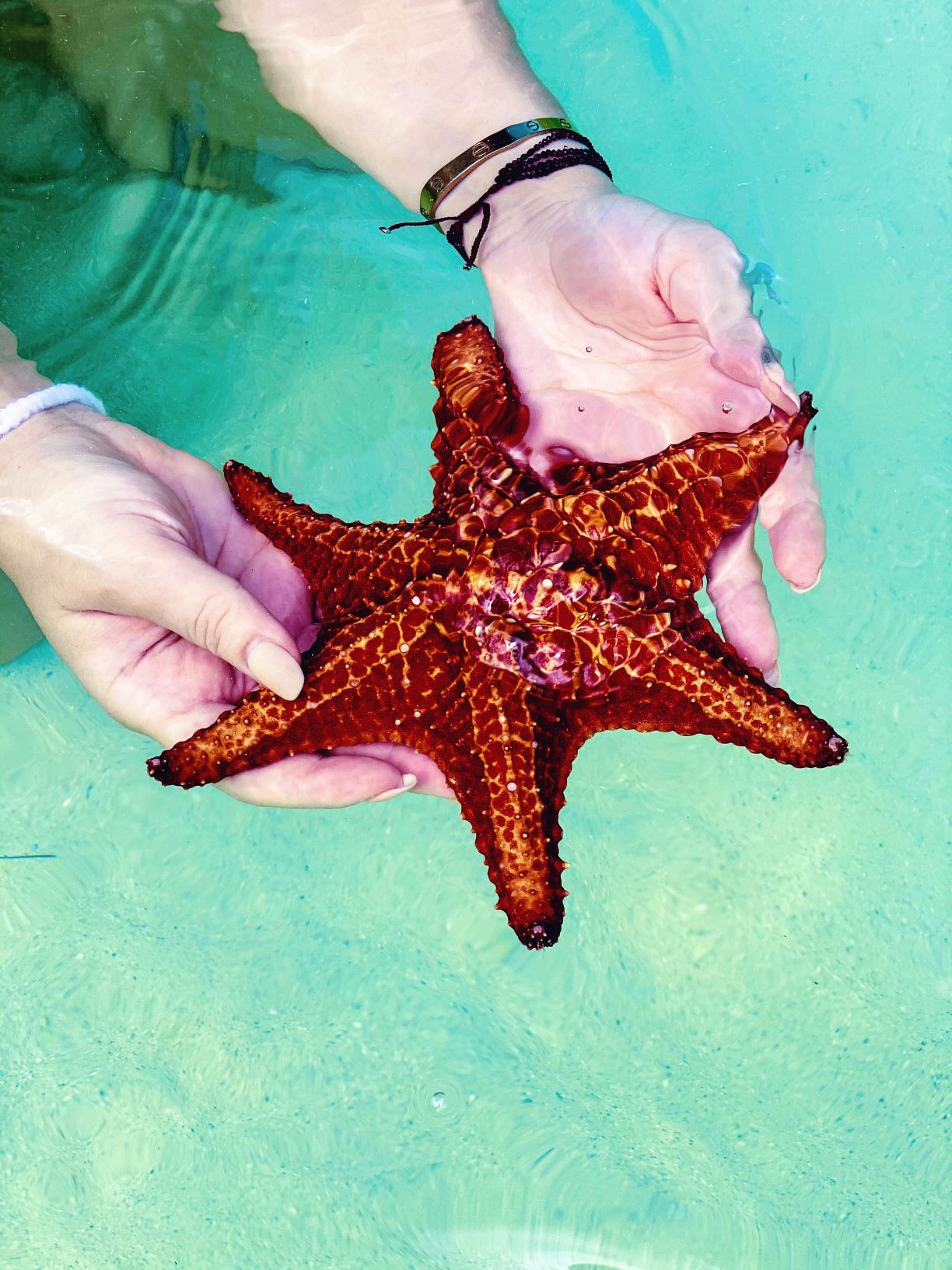 As the second stop along our way home from Sting Ray City, we pulled our boat up to a private beach that is known for its incredible gathering of starfish. If not for anything but an amazing Insta-moment, this stop is a must for witnessing nature’s beauty up close and personal. 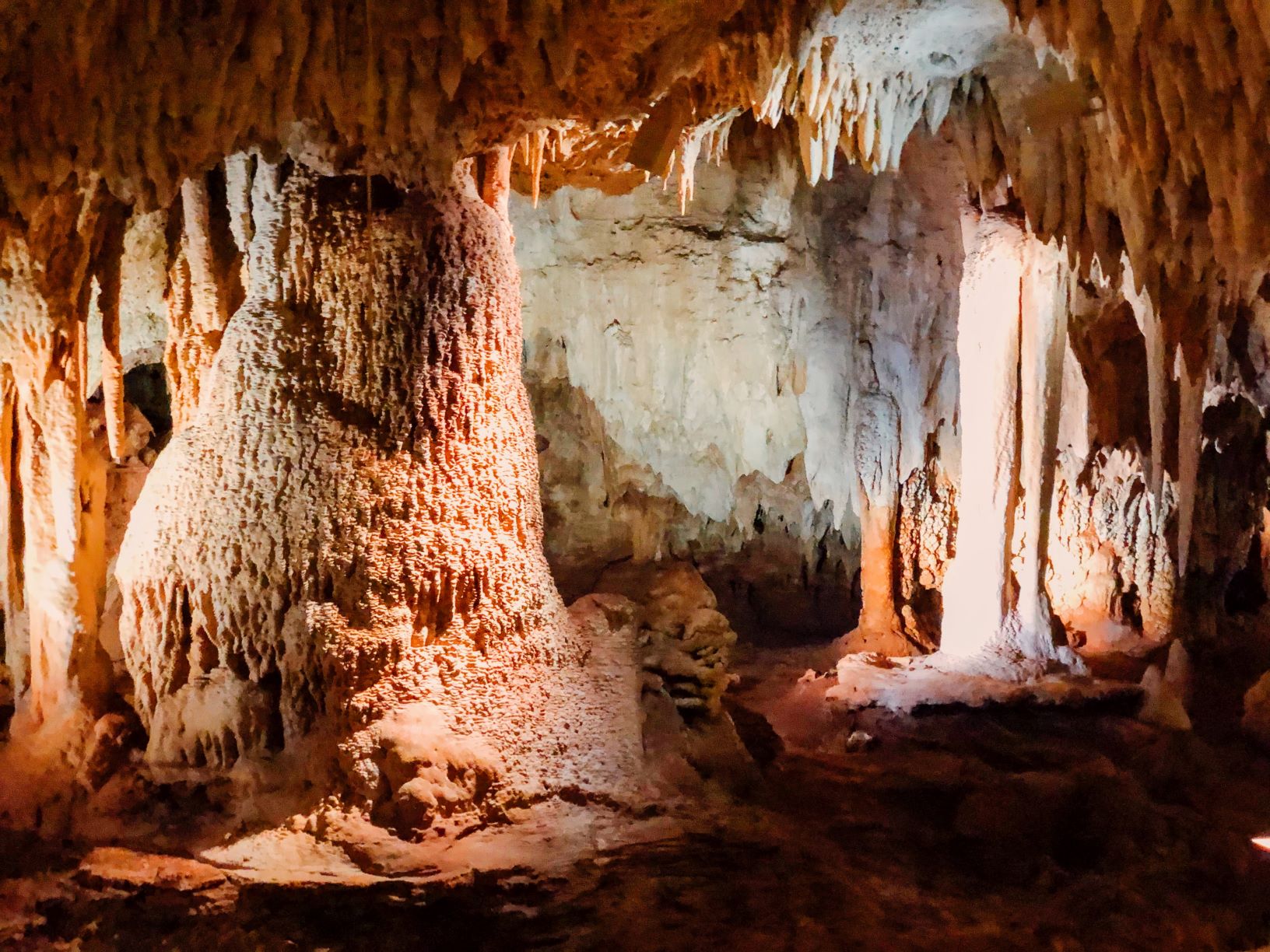 Similar to the caves we’ve explored in Tulum, Grand Cayman’s Crystal Caves were an absolute show stopper. The tour began in a classic Jeep Wrangler that brought us through the winding roads of Cayman’s town where we ended up in one of nature’s greatest gifts. The caves were not swimmable, which is what we have experienced before, but were just as beautiful and breathtaking. 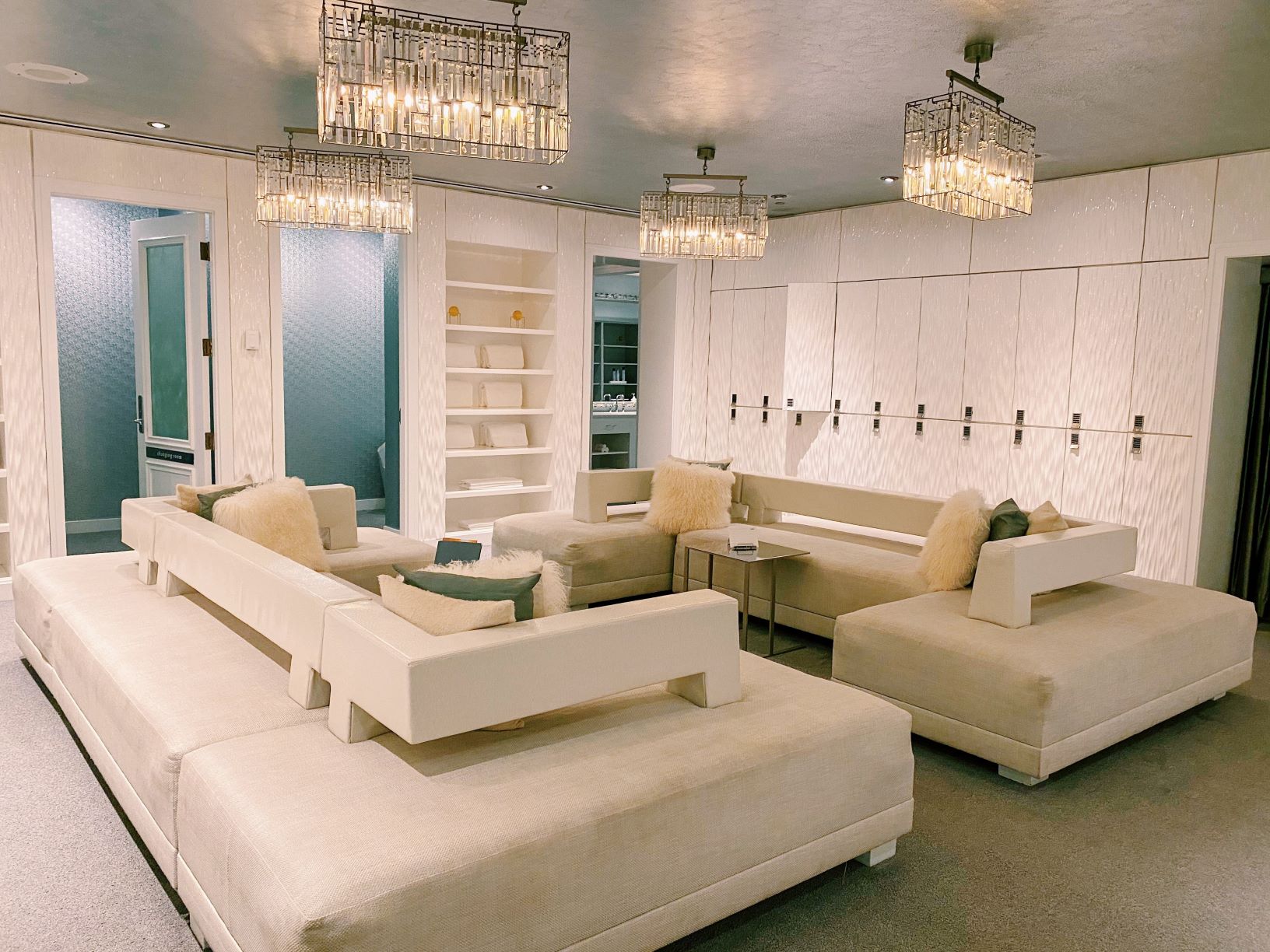 The renovation of the spa inside of The Ritz-Carlton, Grand Cayman was well worth the wait. Walking into La Prairie Spa, you forget that you are in a resort as it feels more like a secret cave (not to be confused with the crystal caves 😉 ). The treatments we received were very unique and consisted of 90-minutes of very action-heavy involvement that included a full body exfoliant, a shower, and a massage. All in all, our skin left feeling like a baby’s bottom and we were thoroughly impressed.

At Travel Curator, we put such an emphasis on providing our readers with recommendations for exceptionally high levels of service and memorable experiences. We cannot say enough great things about our experience in Grand Cayman. From the insanely clear waters to the beautiful beaches and jam-packed adventurous itinerary (if you want one), we were once again reminded of why Grand Cayman remains one of the most popular vacation destinations.

Add a touch of insider travel
tips to your inbox!