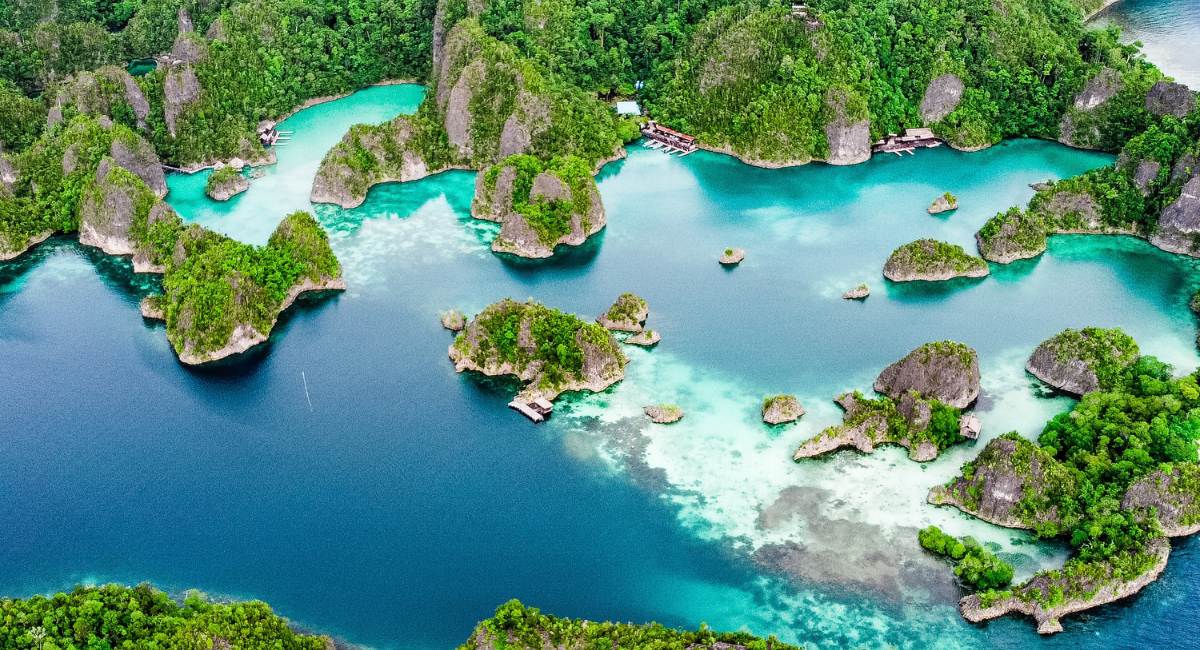 There’s something unmistakably dreamy about slowing down and taking in the world from a perch on the prow of a ship. Not necessarily a big cruise ship but, rather, a private, chartered yacht, or a small-ship expedition cruise that’s so laid-back and intimate that it might as well be your own private sanctuary at sea.

The best of these go places that are difficult to access by land — Australia’s rugged and unforgiving Kimberley coast, or the untamed banks of the Peruvian Amazon. Or they ply the waters of once-in-a-lifetime maritime destinations, like Turkey’s famed Turquoise Coast, remote corners of the Indonesian archipelago, or the least-touched among the Greek isles.

With a craggy coastline dominated by picturesque bays and thousands of islands, the Adriatic edge of Croatia is one of the world’s premier sailing destinations — whether you want to just chill out and take in the scenery of the Kornati Islands National Park (between Sibenik and Zadark) or visit more happening spots along the Dalmatian coast like Hvar, Brac, Vis, and Korcula. Angelina stands out for its fleet of modern sailing yachts and new luxury catamarans with swimming platforms, lounge areas, chic staterooms, and custom-designed interiors. Anyone who holds a skipper’s license can book a bareboat charter, while newbies on the water can hire a boat with a skipper, and luxury lovers can book with a skipper and a hospitality crew to prepare meals and serve drinks.

It started with a small ship cruise in the Peruvian Amazon, with naturalists on board and food with an assist from consulting chef Pedro Miguel Schiaffino (Malabar in Lima). That ship is no longer, but now the fleet is bigger and better than ever. The newer Aria Amazon is a gorgeous, 16-cabin purpose-built ship designed by innovative architect Jordi Puig, and the even newer Aqua Nera has 20 design suites by Noor Design. There’s also the Aqua Mekong, floating through Cambodia and Vietnam with food by Michelin-starred consulting chef David Thompson (Nahm in Bangkok); the Aqua Blu, a long-range explorer yacht (the former British Naval Explorer HMS Beagle) motoring around Komodo National Park, the Spice Islands, and Raja Ampat in Indonesia; and Aqua Mare, the Galapagos Island’s first true superyacht.

Forget barefoot luxury. Fraser is known for its unapologetically over-the-top brand of luxury, representing and managing a closely vetted selection of high-end motor yachts, racing and classic sailboats, crewed superyachts, and mega yacht charters. Their boats are available almost anywhere in the world, and while there’s an emphasis on the Caribbean and Mediterranean (particularly for events like the Cannes Film Festival and the Monaco Grand Prix), their boats are also available for private charter in the wilds of Alaska, the fjords of Norway, and the radiant turquoise waters of French Polynesia and the South Pacific.

Quasar Expeditions — which also offers stunning land-based trips in Patagonia — bills its floating offering as safari-style yacht adventures. Their vessels are tailored to the environment, with 360-degree unrestricted views and lots of outdoor space under shade for whale watching and photo taking. They bring in world-class naturalist guides with university-level knowledge, and limit the passengers on board to just 16 guests on the Grace and 32 on the Evolution. That small capacity gives the ships access to some of the more remote parts of the Galapagos, and locations where large groups are not allowed. Fun fact: the Grace is so named because it’s the boat Princess Grace Kelly used for her honeymoon — fully rebuilt and modernized, of course.

As the name suggests, this company specializes in sailing trips of classic yachts — three custom vessels modeled on sailing schooners from 1929 and 1930 but in line with all the modern regulations and comforts—around the Mediterranean. Suggested itineraries include explorations of spectacular coastlines like the Costa Smeralda in Sardinia, the Amalfi Coast, or Sicily and the Aeolian Islands. But they also go beyond Italy, with suggested trips departing from Bonifacio in Corsica, Valletta in Malta, Venice into the Adriatic, and Mallorca around the Balearics in Spain. While private charters are available, on most of their trips, individual cabins or beds can be rented, and there are also some spots on the Atlantic crossings that reposition the yachts for the winter season in the Caribbean.

Another case of truth in branding, this brokerage agency specializes in matching clients with no-fuss, fully crewed yacht charters in the U.S. and British Virgin Islands, the Bahamas, St. Vincent and the Grenadines, and other top sailing destinations in the Caribbean, mostly on comfortable catamarans. While clients can search for specific yachts if they happen to know their names, they also have a handy tool for guests to tell them what they’re looking for (size, boat type, price, special features king-size beds and onboard internet) and good 24-hour support on a variety of platforms.

It’s a nifty coincidence that the first word — an acronym for Sailing Cruises in Comfort — is pronounced like chic. Even the “comfort” yachts are stylish and meticulously maintained Turkish gulets sailing the namesake waters of the Turquoise Coast around Bodrum, Turkey, with a private chef and can-do staff serving guests of the eight individually booked cabins on board (each with its own WC and shower). A step up, the “luxury” yachts are available for exclusive charters and have just a handful of cabins that are more like hotel rooms, with proper freestanding beds and, in some cases, even jacuzzis. But being in the cabin isn’t the point: That’s being on the sundeck, especially when the sails are up — SCIC ships use wind power more often than most charter yachts in the region.

While this 18-cabin ship sails all the way around the continent — including an annual stop for New Year’s Eve fireworks in Sydney Harbor — the best way to experience it is on its signature voyage, through the rugged Kimberley coast in the country’s northwest — an area that’s largely inaccessible by land. The ship was purpose-built for the trip, so it can get quite close to the rock formations and even position the bow in the spray of a waterfall. It also has plenty of sundecks and indoor observation areas, including a dining room with large panoramic windows, and very comfortable cabins, and there are frequent excursions, sometimes in high-speed zodiacs and sometimes in the helicopter that’s perched on the roof (and it’s quite exciting when the pilot lands while the boat is moving).

Perhaps best known for its itineraries in the Greek islands, the Athens-based Variety Cruises has a collection of eight state-of-the-art SOLAS-certified yachts hosting 34 or 72 guests. The shore expeditions are thoughtful, done in small groups, and include visits to UNESCO Heritage Sites or Nature Reserves, small family-owned wineries (the wine-themes cruises are popular with wine professionals). But the company is about far more than only Greece; it also has one-of-a-kind itineraries in far-flung places such as Tahiti, the Seychelles, Cape Verde, and the Red Sea.

The people behind the sustainable hideaway Nirjhara in Tabanan, Bali, debuted their new Vela sailing yacht in summer 2022. The staff-to-guest ratio is impressive, with 18 staff (including a spa therapist) looking after a maximum of 12 people. The bespoke itineraries to some of the most remote corners of the Indonesian archipelago, from Komodo National Park to Raja Ampat, are as adventurous as the six cabins are comfortable and stylish, with modern interiors that contrast with the traditional phinisi style of yacht. There’s an al fresco yoga deck, an outdoor gym set up on deck daily, a unique art collection, and indoor and outdoor dining spaces — for the nights when the crew isn’t setting up a magical barbecue on a secret beach. 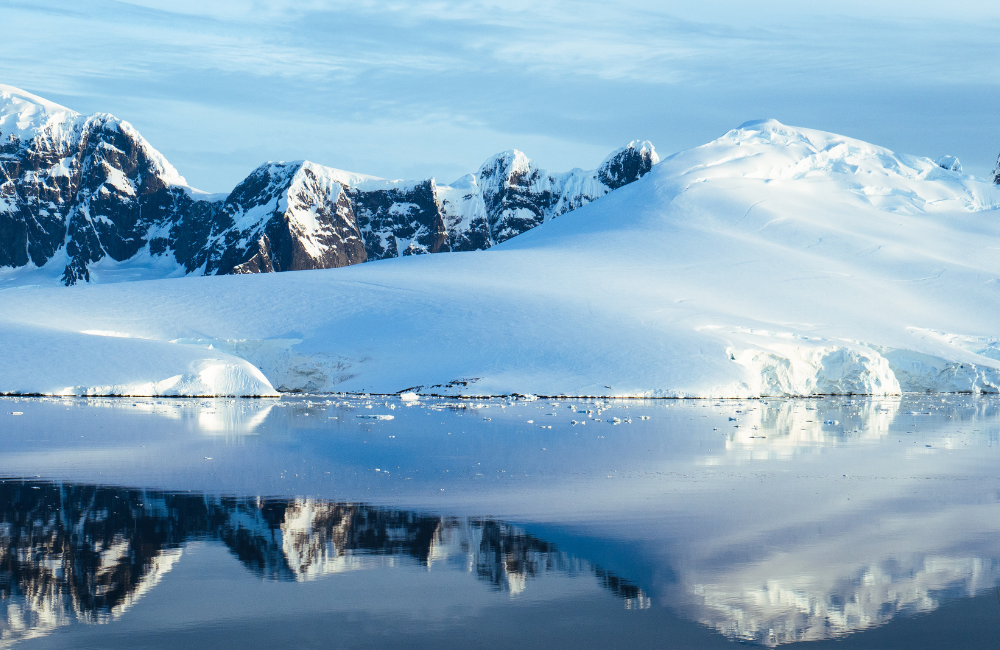 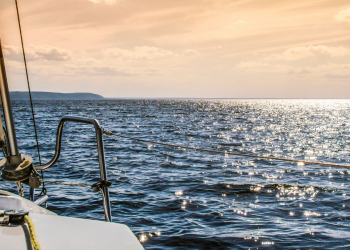 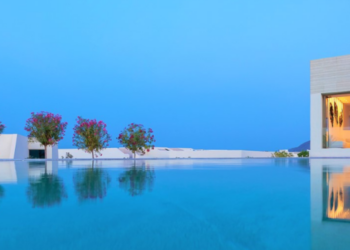 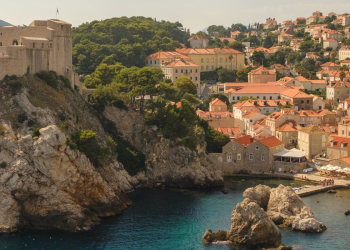 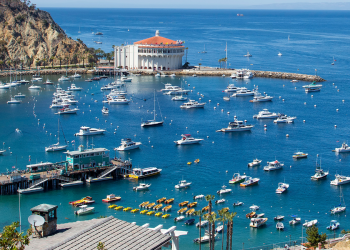 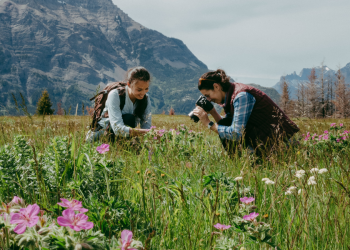 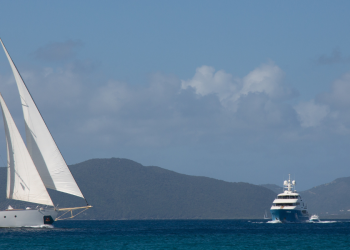