Five Romantic Weekend Escapes in the US

From sea to shining sea, the United States is home to diverse topography, making every type of loved up getaway – be it mountain, farm,  lake, desert, ocean or the luxury of your own private island – possible. Here are five of the most romantic weekend escapes in the US to experience with your beloved.

The Vibe: By the Sea

Book into one of the larger king rooms with a coveted ‘peek of the ocean’ view. Note: The dramatically rugged coastline of craggy rocks and cypress trees limits ocean views everywhere here only adding to Carmel’s romantic allure. Linger, as the morning fog lifts, over a gourmet breakfast of fresh fruits, homemade pastries and eggs to order, then head into town where actor Clint Eastwood was once mayor to peruse the art galleries, boutiques and cottages with names like ‘Hansel & Gretel” and “Birthday House.’ Walk the beach, stop by a few tasting rooms to sample Monterey’s delicious chardonnays and pinot noirs, before heading back to the hotel for side-by-side spa treatments. The ultimate indulgence comes, of course, at Aubergine with chef Cogley’s eight-course dinner paired with, yes, more local (and French) wines.

Check with the concierge for exact directions if venturing outside the ‘downtown’  area. Carmel does not have street addresses; its founding fathers didn’t want the village to ever become too urban. Of its best quirks -a permit is actually required to wear heels over two inches in Carmel, lest someone trip over the village’s famously uneven pavement. Permits are available, at no charge, at City Hall.

Since becoming a private hideaway in 1976 Blackberry Farm, considered one of the most luxurious and romantic resorts in the US – has remained in the Beall family. Located on 4,200 rolling acres – somewhere between Knoxville and the Great Smoky Mountains – the retreat-style farm is beloved for its award-winning culinary program, James Beard-lauded chefs, stunning architecture, tranquil spa, and gracious southern hospitality. Explore the onsite creamery, bakery, charcuterie, and brewery, hike the endless trails and be sure to make time for the Farmstead Tour, which involves a stop to see the truffle puppies.

With Walland Tennessee’s population at just 350 (year-round), Blackberry Farm is the sole reason to come to this renowned wilderness retreat. Book a private cottage with interiors ranging from wilderness chic (stone fireplaces, wooden chandeliers, and reclaimed white oak) to ultra-modern, with a private veranda and view of the Smoky Mountains. Slip into the magical Wellhouse Spa for side-by-side muscle-melting massages, then take a carriage ride clip-clopping past mountain streams. Convene later, at the Barn, the resort’s James Beard Award-winning restaurant, for a fine vintage wine (the cellar is home to 170,000 bottles) or one of the 600-plus bourbons, ryes, and scotches, followed by a memorable four-course tasting menu featuring fresh-from-the-garden, locally-inspired food.

Blackberry Farm is built on its own love story. In 2002, Sam Beall took the reins from his father Sandy (founder of the Ruby Tuesday restaurant chain) upscaling the property into the luxurious Relais & Chateaux resort. Following Sam’s tragic death from a skiing accident in 2016 (at age 39), his wife, Mary Celeste (mother of the couple’s five children), stepped in. She opened sister property, Blackberry Mountain, a 5,200-acre forested domain of hiking and biking trails with deluxe lodging, in 2019. Located just 20 minutes from the farm (and also a Relais and Chateaux), Blackberry Mountain is deeply romantic too – with its rustic-luxe cabins in the woods featuring floor-to-ceiling windows, and where you can indulge in pastimes like forest-bathing” and foraging for morels and chanterelles.

Astonishingly, the only private island resort in the entire US, Little Palm Island has the look and feel of being world’s away – Bali, the Maldives, Tahiti perhaps. Instead, it is just three hours south of Miami, in the Florida Keys (specifically three miles off Little Torch Key at mile marker 28.5 oceanside). Completely refurbished in 2020, after a three-year closure following damage by Hurricane Irene (2017),  the tropical-chic, adults-only resort reopened with 15 thatched-roof bungalows, housing 30 suites and a distinctly ‘British West Indies’ vibe. Many of the suites come with romantic white-canopied beds, vaulted ceilings, outdoor copper bathtubs and all have water views, outdoor showers, and private furnished decks.

Board the resort’s wooden motor yacht  – or seaplane – and prepare to unplug. After arriving on the palm-laced island, follow the pathways of crushed seashells winding through lush foliage to your private suite where you’ll be greeted by champagne on ice and large wooden blocks spelling out your last name. Paddleboard or kayak through the tranquil mangroves, relax in the newly enhanced two-story SpaTerre, snorkel off the beach, dip into the pool then relax back in a private cabana.  Cap off the day with a private, five-course dinner for two in the shallows surrounding Little Palm Island at sunset – complete with tiki torches and a locally inspired menu by renowned chef Daniel Ganem (formerly head of Miami’s Betsy Hotel).

The resort’s wooden ferry, ‘Truman,” – which transports guests from Little Palm’s private check-in station – is a nod to the late president who once frequented the island, known then as Little Munson Island. The sliver of sand grew to fame under a different president however when, in 1962, it caught the eye of producers scouting locations for the filming of ”PT 109,” the story of former President John F. Kennedy`s World War II experiences in the Pacific. According to locals, when Papa Joe Kennedy heard that his son (on-site to watch the filming) had to sleep amid the hum of generators, he demanded that the state install public utilities, and city services have flowed ever since – forever changing the dry sandy isle into a now premium luxury real estate.

If the desert – and specifically Mojave desert – is your happy place, head to this stylish, circa-1949 hacienda near the west entrance of Joshua Tree National Park. Its owners, San Francisco-based husband-and-wife designers Rich and Sara Combs, fell in love with the area after spending just one night in Joshua Tree during a cross-country road trip and decided to create a place to retreat. They now share their stunning two-bedroom creation – with its desert-colored palette of sand and sky tones, mid-century modern furnishings, Spanish tiles, and incredible views – with the world.

Everything about this cozy serene hacienda speaks to slowing down, pushing the reset button, and reconnecting with one another. Slow-drip and pour your own freshly ground coffee (from the Joshua Tree Coffee Company) and watch the sunrise from your private front porch. Spend time exploring the natural and unusual beauty of the Mojave desert, with its twisty Joshua trees, then head ‘downtown’ to explore the locally-owned restaurants, art galleries, and vintage shops. Stargaze from the property’s outdoor hot tub, surrounded by hundreds of Joshua trees; then slow-dance the night away to oldie vinyls on the record player in the living room.

The Joshua tree (actually not a tree but a type of flowering plant) grows mainly in the Mojave desert. The ‘tree’ – and fascination for its namesake park – became widely popular in 1987 with U2’s landmark ‘Joshua Tree’ album. But it was The Eagles who were first to feature the hauntingly beautiful tree on an album cover shot at Joshua Tree National Park.

One of the most lavish of the Great Adirondack ‘Great Camps’, The Point was built in the early 1930s for William Avery Rockefeller (great-nephew of John D. Rockefeller), who used the secluded compound for entertaining. Surrounded by six-million-acre Adirondack Park, the resort offers a spectacular show of foliage in the fall; romantic activities like snowshoeing and cross-country skiing (equipment provided), and a fun ‘ice bar’ in winter; and come summer, lakeside boating and fishing. Each of the 11 rooms features Adirondack-style furnishings, a massive stone fireplace, and a private deck with views of Upper Saranac Lake.

Wake to freshly made coffee (a thermos is delivered while you are sleeping). Grab a walking stick and hike up St. Regis Mountain to the old fire tower or have the chef pack a picnic for two for a putter across the lake in one of the resort’s electric wooden boats. Back in your room, relax with a fireside couples massage before heading out for cocktails and aperitifs. Plan to dine on a Wednesday or Saturday night when the dress code is rue, old-school Rockefeller style: black tie. Then end the evening by toasting s’mores over a bonfire and stargazing.

In its 100-year history, The Point has had only five owners (including the Rockefellers). Current owners, Laurie and Pierre Lapeyre were loyal guests of the resort for 24 years before purchasing it in 2016 and completing, two years later, a multi-million-dollar renovation to restore its original gilded vibe – which means staying off the grid. The only wifi access is in the front office which houses the shop and gallery, but a few hours in you won’t even notice. 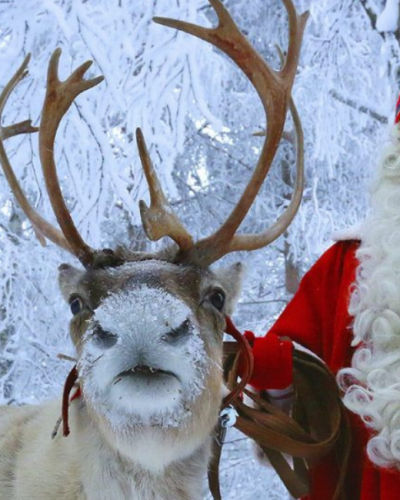 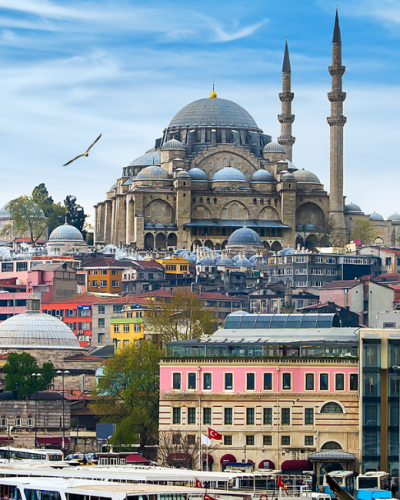 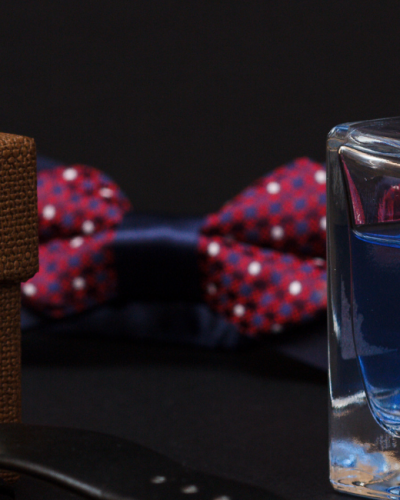