Explore the Abandoned Islands of the Tuscan Archipelago

From abandoned prisons to old monasteries and unspoiled national parks, Tuscany’s most remote islands offer a truly unique and unforgettable experience.  Detached from space and time and intertwined with a fascinating history, here’s why you must visit each of them for an unforgettable bucket list experience.

The Tuscan Archipelago, a history lesson

Think of Tuscany, and cypress-lined hills spring to mind, dotted with olive groves, vineyards, romantic hot springs, Renaissance churches, and walled towns overlooking the sea. Just a few miles off the coast are the seven islands of the Tuscan archipelago, awash with Mediterranean scenery, hundreds (yes, hundreds) of small, secluded beaches, history-rich towns, and lush vegetation. And while four of the islands – namely Elba, Capraia, Giglio, and Giannutri –  are popular tourist destinations offering luxury stays, fabulous food, fun outdoor activities, and plenty of action for boat lovers, the other three, Pianosa, Montecristo, and Gorgona, are mostly uninhabited, having lain abandoned for decades.

Legend has it that the Tuscan archipelago was formed from Venus’s pearl necklace, lost when she emerged from the sea. While each of the seven islands has a history of its own, all have at some point depended on Elba, the largest and the closest to continental Italy. Inhabited since the Neolithic, Elba became a source of iron and other minerals in Roman times, while its surrounding islands were put to work as lookouts and “pit stops” for ships sailing around the Mediterranean. After the Middle Ages, Elba became part of the Grand Duchy of Tuscany, and in 1814 it famously hosted Napoleon during his first exile. It is around this time that Elba also became the site for one of Italy’s toughest prisons, the prison of Porto Azzurro, home to the penal colonies of Gorgona and Pianosa, established to rehabilitate prisoners after Tuscany abolished the death penalty (which by the way was the first abolition in modern times).

Today, Pianosa, Montecristo, and Gorgona are the chain’s most remote islands. All belonging to the Tuscan Archipelago National Park, they have the status of natural reserves, while remaining part of Italy’s prison system. Access to these islands is limited and in some cases even include photo bans and no-swim areas, yet the combination of history and nature makes each visit an incredibly rewarding experience. Be sure to bring water and all the supplies you need because food options are limited.

From a distance, Pianosa looks like a thin line of land just above the horizon. As the ferry approaches the island, the first sites to attract your attention are the fortress and a town set beside a fabulous bay with a white beach and turquoise waters. Then there’s the added quirk of it being partly surrounded by the imposing cement wall of the former prison, complete with watchtowers. Built-in the 1980s, this wall was not meant as a security measure (it is open on both sides), but was created as a symbolic feature to intimidate mafia criminals as they landed in Pianosa for the first time.

Pianosa’s prison was shut down in 1998, causing the departure of the island’s 2000 inhabitants, mainly prison workers and their families. Today, the island is completely uninhabited with the exception of two prison guards and about a dozen good-conduct inmates who are finishing their sentence in semi-liberty in a re-educational program that involves working in the national park, serving espressos at the bar during the tourist season, and running the only hotel, which sleeps just 20 people.

And while the island’s tour guides offer activities, like mountain-bike rides, prison visits, kayaking, and snorkeling, many visitors prefer the “independent tour,” which will take you to the gorgeous beach of Cala Giovanna, with its fish-filled waters and transparent water, and a walk around the run-down alleys of the abandoned town. There, reminders of the island’s former daily life, such as a phone booth from the 1980s, old shop signs, or the window of what used to be the pharmacy, make for great photo opportunities. As does the architecture, which is stunning a mix of colonial and Italian style and crumbling historic facades.

Visits to Pianosa are offered by Aquavision which runs the ferries from Marina di Campo (Elba) and Piombino (continental Tuscany), and provides guided tours. To spend the night on the island, you can book a room at the only hotel Albergo Pianosa and dine in the only restaurant, Da Brunello. Only 330 visitors are allowed per day, so reserve a day or two in advance. Without a guide, tourists only have access to the beach of Cala Giovanna and the old town. Swimming and snorkeling are allowed, but fishing or shelling is strictly forbidden.

Housing the last functioning prison island in Italy, Gorgona is a beautiful place to visit for its natural beauty, rich history and unique culture. Here prison inmates are free to walk around the island, as part of their rehabilitation they take care of farm animals and make wine.  Alas cameras and phones are strictly forbidden, which makes Gorgona one of the least photographed places in Italy, but take a photo with your mind’s eyes it’s truly a special experience.

Inhabited mainly by monks since the Middle Ages and often attacked by the Saracens, the island became a fishermen’s village in the 1700s until it was abandoned by its inhabitants and transformed into a penal colony in the late 1800s. Visitors, who need to be accompanied by tour guides, will delight at seeing reminders of its past like abandoned ruins of the old monastery and old Pisan lookouts and towers. The hiking trip also includes a visit to the two bays of Cala Piccolla and Cala Maestra home to breathtaking cliffs, and a rosemary-covered farm where the prisoners work.

Visits can be booked directly from the park’s website, and the ferries leave from Livorno. Background checks are required, so reserve at least 7 days in advance. Interactions with inmates are strictly prohibited. Phones and cameras must be handed in before getting off the ferry and will be returned upon departure. There is one food store but options are limited so bring snacks and water.

Its hostile appearance from the sea is probably what inspired Alexandre Dumas when he wrote The Count of Monte Cristo, in which protagonist Edmont Dantes pretends to be the count of the island in order to find buried treasure. In reality, there’s nothing sinister about Montecristo; this pyramid-shaped block of granite in the middle of the sea is one of the most fascinating islands in Italy, because of its unspoiled nature and scenery and all the legends around it. Today, the island is completely uninhabited with the exception of the two park keepers, Giorgio and Luciana, who live here on their own all year long.

In its storied past, Montecristo has been a monastery, a fishermen’s village, and a penal colony just like Pianosa. Today it is a natural reserve and a bird sanctuary, and very few visitors are allowed each day. Walking through the island is a wonderful experience that includes bird watching, marveling at gorgeous natural panoramas, and exploring a small royal building from the late 1800s, commissioned by Italy’s king and queen who came here for their honeymoon and returned every year thereafter. There’s also a botanical garden and a little museum.

Ferries to Montecristo belong to the Forestry Corps and depart from Porto Azzurro (Elba), Piombino, and Santo Stefano (continental Tuscany). You can book your ferry ride and guided tour through their website. Visits are limited to 75 per day and you will require a special permit from the Forestry Corps of the Follonica. As approvals take time, book well in advance. Sadly swimming is not permitted on the island, but don’t let that stop you from exploring this Tuscan treasure. 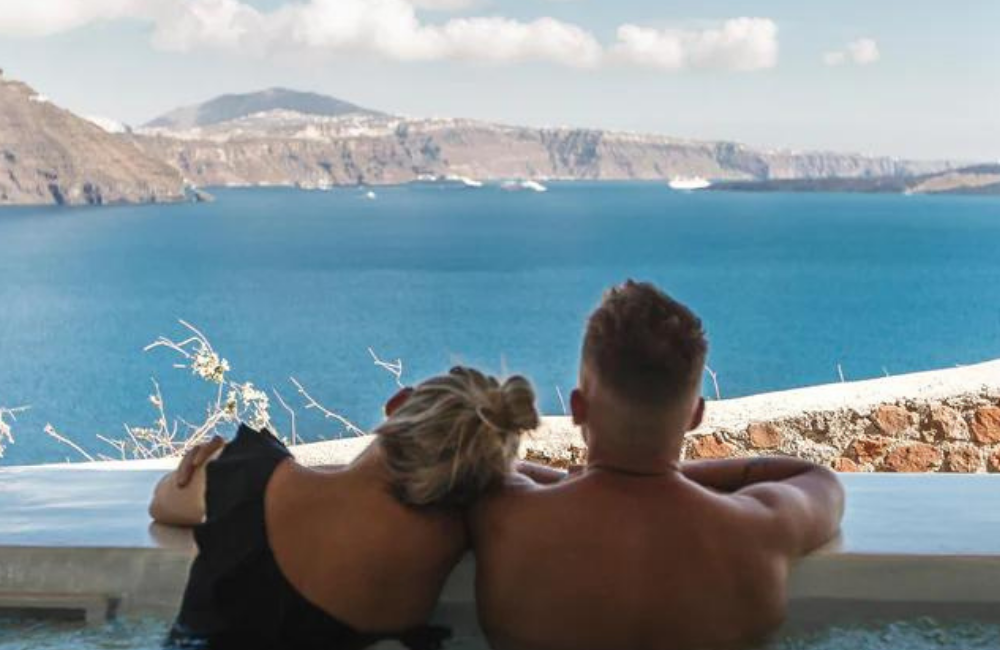 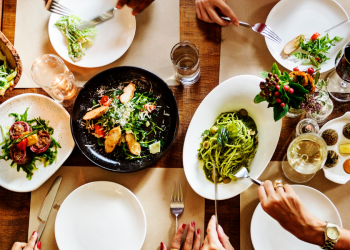 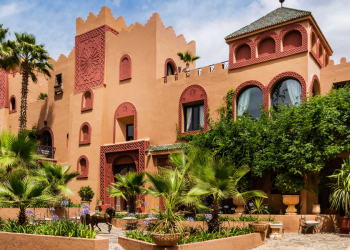 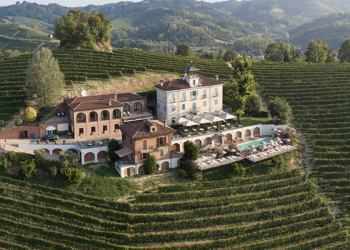 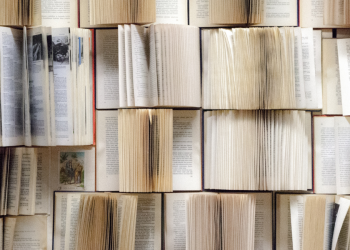 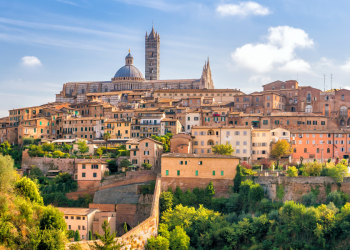 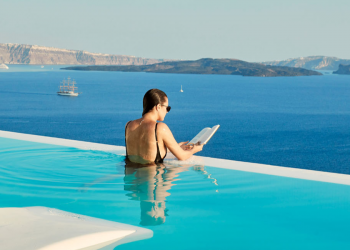