What could be more magical and majestic than European castles, with their sky-high towers and turrets, medieval stone walls, moats? And of course, their historical intrigue, transporting us back to the time and place of fairy tales, royals, lavish architecture, and splendid gardens. If touring the most magnificent castles in Europe sounds like your jam, here are a few of our favorite European castles, a few of which you can even sleep in for the ultimate royal fantasy.

The Palace of Pena, Sintra Portugal

With its delicious, colorful butter-yellow turrets and brick-red towers, the Palace of Pena, set high in the hills of Sintra, is a masterpiece of romanticism.  The palace, with its exotic touches of Manueline and Moorish architecture, is the creation of Ferdinand II (of Austria) who married into the Portuguese royal family and became king.  It was listed as a UNESCO World Heritage Site in 1995.

Affectionately called the king artist, Ferdinand was one of the most cultured men in Portugal during the 19th century. A polyglot, he spoke German, Hungarian, French, English, Spanish, Italian, and, of course, Portuguese.  Shortly after arriving in Portugal he fell in love with Sintra, and acquired, with his personal fortune, the remains of São Jerónimo monastery as well as the surrounding forest. His initial plan was to recover the 16th-century building as a summer residence for the royal family, but his enthusiasm led him to build a full-on palace surrounded with turrets, ramparts, domes, watchtowers, an access tunnel, and even a drawbridge – all washed in an array of pastel colors. Pena Palace quickly became the royal family’s favorite retreat and soon after, many aristocrats moved to the fairytale town (just 22 miles from Lisbon) and built their own lavish palaces and mansions.

Today, you tour the castle to take in the storybook details: tiny gargoyles, ornamental buttresses, and hidden pathways. The interiors are equally dramatic – there’s no missing the intricately carved ceilings, striking all-white reception room, spacious ballroom, marvelous “Arab Room”, and an impressive 16th-century chapel altarpiece. Outside, stroll the forest paths originally designed by the king, past tranquil ponds and fountains, to see species of plants native to all continents – the Asian camellia collection is a standout.

One of Spain’s most distinctive castles, the Alcazar is impossible to miss with its bow-of-a-ship shape. Located in the old city of Segovia, Alcazar Castle rises out on a rocky crag above the confluence of the rivers Eresma and Clamores near the Guadarrama mountains.

The Alcazar was originally built as a medieval fortress – but has served as a royal palace, a prison, a royal artillery college, and a military academy. It also happens to be one of the inspirations for Walt Disney’s Cinderella castle.

The Castle of Ravadinovo, Bulgaria

Not all castles are ancient. The only modern castle in Europe, affectionately nicknamed In Love with the Wind, the Castle of Ravadinovo was designed by architect Georgi Tumpalov, who, as a child, was inspired by a dream to build his own magic castle, the same as those he saw in fairytale books. Tumpalov drew, with a spade, a big cross on the soil over to mark where the castle, with its enchanted fairytale design style, would be built. In 2016, the castle won first prize in the international “A Design Awards” in the category: A Hospitality, Recreation, Travel and Tourism Design.”

Construction started in 1996, and Tumpalov, his family, and a team of workers labored 24 hours day and night to build the magnificent castle, extracting 20,000 tons of stone, from the depths of the Strandzha Mountains. The marble stones (metamorphosed limestone) appear extravagantly throughout the castle, on the fence, walls, towers, chapel, and wine cellar. The castle’s nickname comes from the phenomena of nature: the sun shines only when the wind blows.

The castle’s fantastical exterior is rich in detail and literally glitters. The stones contain traces of micro diamonds, so the castle changes color throughout the day. In the early morning, it’s a beautiful pink hue, during the day, the castle appears bright white, and by moonlight, it glows. The interiors are equally surreal, with armor, carved wooden furniture, and taxidermy. Stroll the grounds to be blown away by the topiary and the estate’s many standouts including a zoo, art gallery, winery, park, and ‘swan’s lake’ on the estate.

Denmark’s most famous castle and one of the finest Renaissance castles in northern Europe, Kronborg is forever immortalized by Shakespeare as the setting for Hamlet. It was here that characters Marcellus and Horatio had their oft-quoted “something is rotten” conversation. Even now, it is affectionately called ‘Hamlet’s Castle.”

Built in 1420, Kronberg castle has been burned to the ground and rebuilt several times during which it has been a royal residence, a prison, and even a garrison.

Today the castle attracts day-trippers, who flock here to see its distinctive green spires, copper roofs, opulent chandeliers, and tapestry room where kings of Denmark appear on enormous tapestries in hunting scenes, one with embroidered elephants.  It can also be rented out for lavish private events, including weddings.  The best time of year to visit is in summer when Kronborg hosts the annual Shakespeare Festival.

Originally built at the behest of reclusive King Ludwig II of Bavaria as a private retreat from public life, the majestic structure is set on a dramatic clifftop, and evidence of the king’s desire to retreat into a fantasy world is reflected throughout.

Neuschwanstein Castle officially opened to the public just seven weeks after the shy king’s death in 1886 and today is one of the most popular in Europe attracting 1.4 million visitors annually.

The castle’s interiors are a sight to behold and much of the art depicts the kings, poets, and knights who appeared in the body of work of German Composer Richard Wagner, whom King Ludwig 11 was a great fan of. Its dreamy towers and deep blue turrets also served as inspiration for Disney’s original Sleeping Beauty castle.  Considering its history, the castle was quite modern for its time – a tour will reveal its original central heating, a telephone line, opulent dressing room in rich gold and violet silks, and beyond the castle’s walls –  Marienbrücke, the bridge which hangs over a waterfall and offers the most iconic views of Neuschwanstein.

Rising out of the swampy lowlands of France’s Sologne region, on the edge of a lush forest, Château de Chambord was ordered by King François I in 1519. The young king never intended the French Château to be a permanent residence; but rather his plan was to spend a few weeks at a time, leaving the palace empty (of furniture and staff) after his visits.

The palace was never completed under the king’s reign however it was built without major modifications to its original design. The genius behind the castle’s construction remains a mystery. While some maintain that it is a purely French creation, others have put the name of Italian genius Leonardo da Vinci forward.

Taking its cue from medieval architecture and the Italian Renaissance, the palace is a mesmerizing showcase of intricate ceilings, 17th– and 18th-century furnishings, and a swirled staircase. Guests will also be delighted by the stone terraces offering sweeping views of the gardens and stables, dramatic lantern cupolas, and fireplaces – one for every day of the year.

With a history spanning almost 1000 years. Windsor is still very much a working royal palace. The castle is used regularly for ceremonial and state occasions. It is here that the Queen often hosts state visits from overseas monarchs and presidents. St George’s Hall makes a spectacular setting for a state banquet, when a single table, stretching the length of the hall and seating 160 people, is decorated with porcelain, and silver-gilt from the Royal Collection.

Set across 13 acres, Windsor Castle is home to magnificent state apartments, St. George’s Chapel (burial place of ten monarchs), the Drawings Gallery, Queen Mary’s Dolls House, a masterpiece in miniatures. The Queen spends most of her private weekends here – a flag flies from the Round Tower when she is in residence – and guests watch the changing of the guards and tour the state apartments, St. George’s Chapel, and the semi-state rooms.

Castles in Europe you can stay at

Indeed, it IS possible to fulfill your royal fantasy and spend a night (or five) in your very own castle, replete with soaring turrets, hidden keeps, magnificent grounds, and staff to wait on you hand and foot. Add these to your ‘worth traveling for’, list…

Another impressive 14th-century castle: La Rocca in Umbria, consists of a medieval tower and five bedrooms, each with private bathrooms, including one in the carefully restored Guelph towner. All of the rooms are opulent, with antiques and rare paintings and lavish textiles. Guests have a full run of the estate including the kitchen, chapel, terrace, pool, and fabulously fragrant gardens. You can also request your own chef to serve up delicious Italian classics.

Set on 32 acres of formal gardens and forest, this 18th-century Baronial castle, just outside Edinburgh, has been owned by only two families in its entire 162-year history. Edinburgh-based wine merchant and provost of Leith, Thomas Hutchison, commissioned David Rhind, a celebrated Scottish architect, to design the castle in 1852. And it remains one of the architect’s few residential commissions. Today a dreamy stay awaits with nine luxurious modern bedrooms and bathrooms featuring roll-top baths, marble tiles, under-floor heating, and walk-in showers, accommodating up to 18 guests.

Offering the epitome of luxury, overindulgence, and regal service guests will feel they’ve stepped onto the real-life set of Downton Abbey at Ashford, one of Ireland’s top castle hotels. This 800-year-old castle, the former home of the Guinness family, has hosted countless notables over the years, including The Prince of Wales (who later became King George V) and the late President Ronald Reagan. An impeccable five-year restoration, courtesy of local historians, design experts, and artisans, has reaffirmed Ashford Castle’s status as one of the most prestigious hotels in Europe. As for the service, guest rooms, suites and cottages come complete with welcome drinks on arrival, fresh-cut bouquets, candlelit turndowns, and personalized keepsakes.

While there, explore the castle’s 350 acres of gardens, forests, and woodland overlooking the rippling Lough Corribour; go fishing on the nearby lakes of Connemara, or head to the Ashford School of Falconry, the country’s first falconry school for an exciting hawk walk, try off-road driving or perhaps tree climbing before relaxing in the castle spa (named spa of the year by Tatler). Or just stay in and enjoy movie night in the private cinema.

Dining here is an event, where you can indulge in cuisine inspired by the finest seasonal ingredients from the west of Ireland and produce foraged from the property’s own gardens.  Enjoy too the extensive wine cellar kept in the castle’s secret passageways. 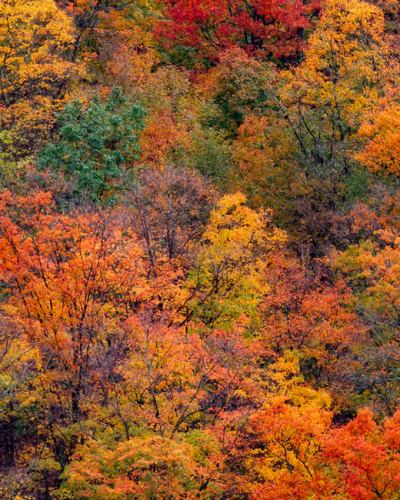 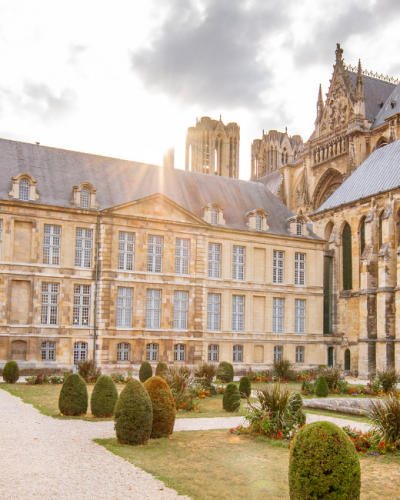 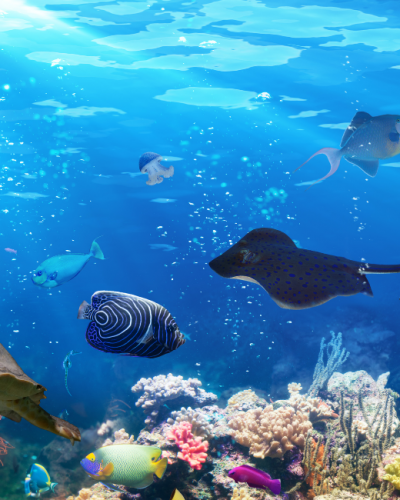